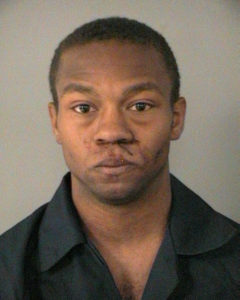 A man’s night out in Clarendon took a turn for the worse when he allegedly tried to fight a bouncer who was kicking him out of a Wilson Blvd bar.

Police showed up and tried to restrain the man, who proceeded to resist and kick the officers, according to a crime report.

ASSAULT ON POLICE x2, 161023003, 3100 block of N. Wilson Boulevard. At approximately 1:40 a.m. on October 23, a fight ensued inside a restaurant. Multiple officers approached a subject who was wrestling a bouncer and attempted to remove him. In the process of being removed, the subject bit two bouncers. When the subject was handcuffed, officers attempted to remove him from the premises but he wrapped his legs around a support pole and refused to let go. He continued to not comply and kicked two officers in their faces. Dylan Monroe Mack, 25, of an unknown address, was arrested and charged with malicious wounding, assault on police, assault & battery, disorderly conduct, and drunk in public.