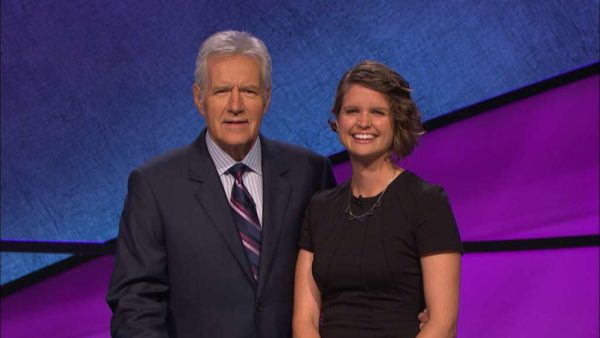 What does it take to win at “Jeopardy?” You ought to ask Blair Moorhead.

Last year, Moorhead, a social worker who lives in Arlington, appeared as a contestant on the hit game show twice. The episodes aired Monday and Tuesday this week.

“I was so nervous,” Moorhead recalled. “I was shaking throughout the taping.”

Despite her nervousness, Moorhead still managed to do well. In her first appearance, she came out on top and racked up more than $17,000 to her name.

“It was awesome. I was completely shocked,” she said of her win. “I did not expect it at all.”

Moorhead added that she studied up on topics like geography and the periodic table of elements to prepare for her appearance. She also bought an almanac and even read up on famous monarch lineages.

Despite all that studying, Moorhead said her strongest subject was pop culture.

“They had a category that was all about songs written about people,” she said. “I was like, oh yeah, this one’s mine.”

But Moorhead’s winning streak was short-lived. A fellow competitor bested her during the final Jeopardy round of her second appearance, she said. Still the loss wasn’t all bad. After the taping, host Alex Trebek approached Moorhead and personally reassured her.

“He was like, don’t beat yourself up,” she said. “I was in shock, so I was not sure I was able to thank him properly.”

Plus, in the end, Moorhead managed to walk away with over $19,000 in prize money — though the check hasn’t yet arrived, she added.

“I’m just going to go nuts at Costco,” Moorhead joked. In reality, the “Jeopardy” champ said she plans to use her winnings to help pay down some student debt, travel and donate to her favorite charities.

One of the hardest parts about appearing on Jeopardy, she said, was keeping her win a secret for months. Though her episodes aired this week, the tapings originally occurred in September.

“Sometimes I would say, I’m still at work, so I didn’t earn enough to retire on,” she said. “I would say you’ll have watch when it comes out.”

Additionally, to anyone thinking of trying out for the quiz show, Moorhead has this to say: do it.

“Anybody who’s thinking about auditioning, go take the online test,” she said. “It’s so much fun.” 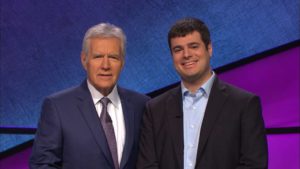 Moorhead definitely won’t be the last Arlingtonian to shake Alex Trebek’s hand. In fact, next Monday, local lawyer John Avila will test his knowledge by appearing on the quiz show.