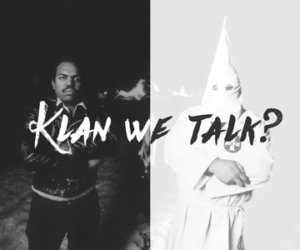 A man famous for befriending members of the Ku Klux Klan and convincing them to leave the group will hold a talk in Arlington next week.

During the event, Davis — who authored the 1998 book “Klan-destine Relationships: A Black Man’s Odyssey in the Ku Klux Klan” — will discuss “how his approach caused several Klan members to walk away from those beliefs.”

As detailed in his book, Davis has devoted decades of his life to converting members of the KKK through friendship and discussion. His efforts have been notably chronicled on The Atlantic and in an episode of the Love + Radio podcast.

Davis has also widely discussed his mission on media outlets such as CNN, PBS and NBC. He was most recently the subject of a documentary called “Accidental Courtesy,” a film featured as a New York Times Critics’ Pick.