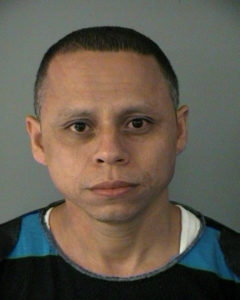 A man who fled to Guatemala to escape murder charges was sentenced to 45 years in prison Friday for a 1999 homicide in the Radnor/Fort Myer Heights neighborhood.

The pair were seen leaving together, after a night out, at approximately 2:45 a.m. on the day of the murder. At some point, the pair started arguing and Estrada strangled Veliz to death, prosecutors say.

Estrada then immediately fled to Guatemala.

Police issued a warrant for Estrada’s arrest, but were unable to find him in Guatemala. The Arlington County Police Department’s cold case unit took over the case in 2012.

A combination of case files, laboratory results and evidence from the crime scene led law enforcement authorities to Estrada in September 2016. He was then extradited to the United States.

A man who fled to Guatemala following the 1999 murder of Eva Veliz in the Radnor/Ft. Myer Heights neighborhood of Arlington County was sentenced in the Arlington County Circuit Court on Friday, March 17, 2017. Judge Daniel Fiore imposed the maximum judgement permitted by the plea agreement and sentenced Ludvin Estrada, 41, to forty-five years in prison.

On May 11, 1999, at approximately 4:33 p.m., Arlington County Police responded to the report of a 27-year-old female victim located deceased inside the trunk of a vehicle parked in the 1300 block of N. Pierce Street. The investigation revealed that on the evening prior the victim, Eva Veliz, and the subject, Ludvin Estrada, had been out dancing and were seen leaving together at approximately 2:45 a.m. on May 11, 1999. At some point during the evening, a verbal altercation ensued between the two and the subject strangled the victim causing her death. Estrada immediately fled to Guatemala.

A warrant was issued for Estrada in 1999 but efforts to locate him in Guatemala were unsuccessful. In 2012, the case was assigned to the Arlington County Police Department’s Cold Case Unit. Through a review of the case files, crime scene evidence and laboratory results detectives located additional information that verified Estrada’s involvement in the murder.

“Today’s sentence is the culmination of years of dogged work and perseverance by Arlington’s law enforcement community.  A special thank you goes to Detective Rosa Ortiz who never, ever forgot about our victim.  Together with two dedicated prosecutors, Assistant Commonwealth Attorneys’ Stephanie Siegel and Lindsay Brooker, this defendant was finally brought to justice.” said Theo Stamos, Commonwealth’s Attorney.

Arlington County Deputy Chief Daniel J. Murray, Commander of the Criminal Investigations Division said, “More than a decade ago, Eva Veliz was taken from her loving family in a senseless act of domestic violence. While this case was never a whodunit, Ludvin Estrada’s decision to flee the country made this investigation much more complex. This case demonstrates our commitment to pursue cases, no matter how much time has passed. The message to criminals and the families of the victims is clear — Arlington County will not waver in our commitment to investigate and prosecute cold case homicides.”