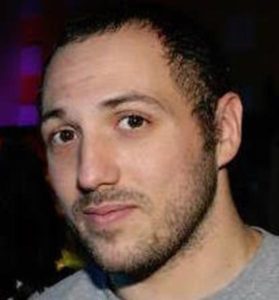 In the age of the Trump administration and its new, draconian immigration policies, many Arlingtonians are looking for ways to stand with their immigrant neighbors and actively fight back against such intolerant measures.

Thankfully, such an avenue for action occurred on March 28 as members of the Arlington community gathered at Patrick Henry Elementary School for an immigration-focused community forum, sponsored by the Arlington County Democratic Committee.

The panelists provided information and action items at the federal, state and local levels.

At the federal level, Waslin outlined a number of pernicious policy goals of the Trump administration, including plans to significantly decrease refugee resettlement in the United States, block entry of individuals from certain Muslim-majority countries, drastically curtail legal asylum for those fleeing violence in Central America (many of them mothers with their children), potentially end the Temporary Protected Status and Deferred Action for Childhood Arrivals programs, and introduce new barriers to legal immigration.

The panelists urged people to contact their elected representatives to not only voice their opposition to these policies but also voice their support for comprehensive immigration reform that prioritizes humanitarian-based, employment-based, and family-unification-based immigration policies – with a legal pathway for otherwise law-abiding undocumented immigrants.

Peralta-Schutle explained that while Arlington is “fortunate to have a really strong network of activists” working on immigration issues, there is still much to be done.

Forum attendees specifically requested clearer answers from County officials on the role of ICE in our county jails and schools.

Perhaps most heart wrenching were the personal testimonies of Elshami and Vallejos.

Vallejos elaborated on her experiences as a DREAMer in the Arlington school system and community — “I figured we were going forward and we were progressing but after this election things changed,” she said.

For Elshami, the travel ban was a particularly frightening and perplexing experience. Born in Sudan, she left the country at age 3, eventually arriving in the U.S. through the lottery program. She has worked as an activist against policies of the Sudanese government. “I was really happy that finally I had found a place where I can call home and feel safe.”

The travel ban changed this atmosphere. Abroad when Trump issued the first ban, she was unable to return to the U.S. solely because of her Sudanese birth, while her 77-year-old mother remained in the U.S. alone. After the courts enjoined Trump’s order, Elshami was able to return.

“I saw a different face of America. This is not the U.S.,” said Elshami, who began to develop panic attacks during this time period at the prospect of the U.S. permanently sending her back to Sudan. “It shocked me…something beautiful, something ideal, something that you really associated yourself with…it turned into something smeared.”

Yet Elshami experienced a glimmer of hope the moment she returned to Dulles International Airport and saw that members of the Dulles Justice Coalition, a group of volunteer attorneys and activists, had established a presence at the airport to assist those affected by the ban.

“Knowing that there are lawyers sitting out there, giving their time…that was great…that was America,” Elshami said. “That made me feel like not all is lost.”

Hopefully we all can continue to strive for the America Elshami saw at that moment.

Bill Rice works as a government consultant. He serves as a volunteer in the Arlington community and with the Dulles Justice Coalition, a “nonpartisan alliance of individual volunteers from legal non-profits, law firms, and all walks of life.”