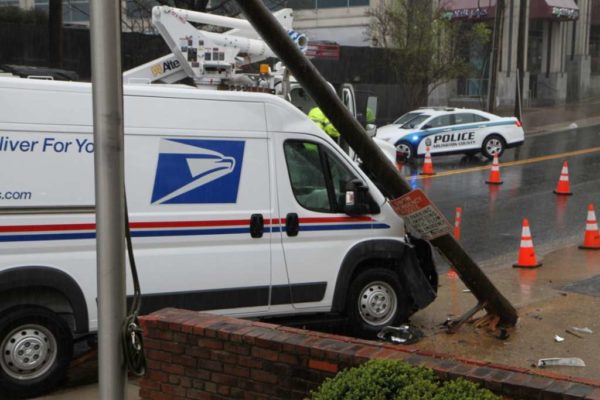 Police closed a section of Washington Blvd in Virginia Square this morning after a U.S. Postal Service truck struck a utility pole.

Officers shut down the 3400 block of Washington Blvd between N. Kirkwood and N. Lincoln streets just after 11 a.m. Thursday.

The driver of the truck told police she turned left from N. Kirkwood Street onto Washington Blvd, but in the heavy rain and slippery conditions lost control of the vehicle and hit the pole.

No injuries were reported, there was reportedly no other traffic nearby and businesses nearby did not appear to lose power.

Crews from Dominion Virginia Power were on the scene to repair the pole and the power lines attached to it.