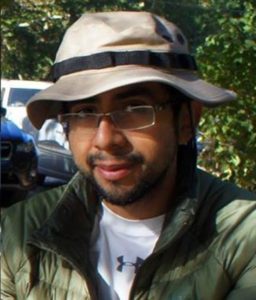 The gathering of so many Americans in Washington and around the country to demand action on climate change has inspired me to tell my personal story of moving to Arlington. I shifted my definition of success toward enacting values I learned as a youth to appreciate our environment — doing so through a job in which I now am able to support investment in energy generation that serves to protect our health and our planet.

An appreciation of nature became one of my core values early in my life. Growing up in Houston, Texas, I remember camping trips and visits to city parks. Those early experiences encouraged me to seek adventure and experiences rooted in a love for the outdoors and nature’s beauty.

One of the positives of moving to Arlington is that while living close to the Nation’s Capital, I can also enjoy accessible locations where I can explore more adventurous excursions such as rock climbing in the Shenandoah Valley and long hikes in national parks.

I am able to combine a professional career devoted to improving our environment in economically sound ways with a wide variety of outdoor activities. That balance has not always been how I defined success.

During my time in college, while I still loved being outdoors, I found myself increasingly caught up in a pursuit of financial success. When you are chasing success in Houston, that success is generally tied to money and the money is frequently tied to oil in some way. So when I landed a job with a large oil company while I was still in school, I was convinced that I had it made.

My work for big oil did not blind me to the effects of energy production on our environment, but signaled that the childhood value of appreciating nature and what I learned in history classes remained important to me.

I found myself paying more attention to the news, trying to put into context what I was learning and hearing at work with what I was seeing in the broader world.

As I witnessed environmental disasters either personally or through media reports, I became increasing concerned about how human activities were causing or exacerbating dangerous weather patterns. The lack of actions to counter these trends began to create serious cognitive dissonance for me.

I began to feel a direct conflict between the profession I was in and my desire to protect the natural spaces which had offered me so much throughout my life. The longer I worked with a major oil company, the more I felt certain that my own actions were making an impact — and not a good one. So I left the job.

As risky as that decision felt at the time, I was incredibly fortunate. I was hired for a position at a well-respected consulting company, a position I went after because the values of the organization match my own.

By letting go of a culture pushing money at the expense of the environment, I found a new definition of success. I am consistently able to learn more about the environment and our impact on it and I challenge myself to make sure that the actions that I take are making a positive impact. Now I’m part of a fight to get our community to commit to 100 percent renewable energy, something that I know is a huge part of protecting the outdoor spaces that have shaped who I am.

Anyone can change their definition of success. For me, it meant letting my fundamental principles guide me to greater involvement in the fight for our shared environment.

What is most important to you?

Juan Arteaga is an infrastructure analyst and a veteran of the U.S. Navy. He moved to Arlington to become more active in environmental causes.