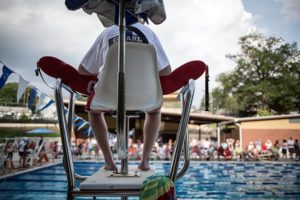 Local pools could be at risk of indefinite closure due to visa processing issues for potential lifeguards.

According to a resident of the Barkley Condominiums (1016 S. Wayne Street), on Sunday a notice posted to the building’s bulletin board said the pool would be closed indefinitely, due to the pool service company having difficulty getting lifeguards into the country because of visa issues.

The notice also reportedly said the issues would hopefully be resolved within the next week, but that timing was unclear. Another source who lives in the building confirmed the pool’s closure. The condo’s property manager declined to comment.

Many local pools rely on young, foreign lifeguards who come to the U.S. during summer months through a non-immigrant visa program.

A press release on May 26 from the Association of Pool & Spa Professionals explained that pools in Mid-Atlantic states might experience delayed openings because of regulatory changes. The Mid-Atlantic is primarily affected because in this region, lifeguards must be present for most commercial or condo pools to be used.

“The pools affected are those run by pool management companies who recruit lifeguards from certain countries through the U.S. State Department’s J-1 Summer Work Travel Program,” the press release said.

In the meantime, the association is trying to recruit lifeguards from local high schools and colleges so that people can still cool off in the summer months.