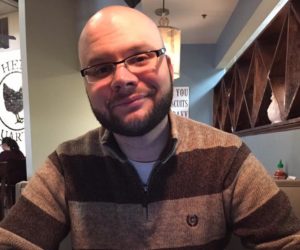 Today, many Virginia workers face stark choices without easy answers. Even as cuts in public funding cause college tuition to rise at an unreasonable rate and with a student debt crisis that threatens to spiral out of control, the percentage of Americans over 25 with a college degree continues to grow at historic rates.

Approximately 32 percent of American adults have at least a bachelor’s degree, and a high level of educational attainment has largely become a pre-requisite for finding a path to financial stability in today’s knowledge economy.

This means that as much as 68 percent of the population lacks the easy access to upward social mobility that is so foundational to the American Dream. Looking for a reason why our political climate has become less than sane? That’s a good place to start.

There are many other problems with our current social model, including professional jobs for college grads becoming increasingly clustered in a small number of metropolitan areas where the cost of living is exorbitant.

According to George Mason University economist Tyler Cowen, this dynamic has created a society with historically low rates of geographic and social mobility, high rates of racial and socio-economic segregation, low levels of innovation, and stagnant growth.

Indeed, the high cost of living in job-rich areas such as Northern Virginia costs the American economy as much as $1.7 trillion in GDP annually. Simply put, many highly qualified people lack the means or are otherwise unable to relocate to areas where they can find meaningful employment.

Having lived in a friend’s dining room for six months while working two jobs and an internship when I first arrived in the D.C. area, I am well acquainted with how the toxic mix of high student loans, insane housing market and uber-completive economy keeps workers on the razor’s edge of financial insecurity and personal uncertainty. I do not want future generations to struggle with this same reality. We need to do better for our Commonwealth.

With many high paying manufacturing jobs outsourced to low wage countries with poor labor and environmental standards, many Virginians are working two or three jobs just to maintain an increasingly unstable day to day life.

We need to guarantee a living wage for workers if we want a more stable economy and political environment. Automation is going to follow in the footsteps of free trade agreements in reducing working class jobs, while Virginia’s longstanding anti-labor politics continue to allow highly profitable companies to maximize their share of our state’s wealth at the expense of workers.

Some will argue that increasing the minimum wage will have a job killing effect on Virginia’s economy, even though there is no statistical evidence to support that conclusion.

I would counter that even if some low wage jobs are lost because we decide to adopt a living wage, others will open up as people no longer have to work multiple low paying jobs to make rent in the absence of a livable minimum wage. As of today, a fulltime worker making the state’s $7.25 minimum wage brings home about $1160 per month before taxes. That’s barely enough to pay for a room in Northern Virginia, let alone support a family.

The truth is, a full-time worker making Virginia’s minimum wage will bring home less than $14,000 a year. That’s not enough to make ends meet anywhere, even in less expensive rural areas.

We may have become conditioned to believe that workers are not supposed to see their living standards improve even as the economy and worker productivity continue to grow, but that’s only because when it comes to improving the lives of workers our politicians succumb to the disproportionate influence that a very small class of wealthy individuals have over our political process.

Virginia’s elected officials – Republicans and Democrats — need to confront their donors with support for basic redistributive economic policies that will more equitably share the wealth generated by Virginia workers.

Parents who are able to survive while working only one job can spend more time helping their children with school and improving their communities. Non-college educated workers will be able to live financially stable and secure lives — a basic dignity that anyone working a full-time job should be guaranteed.

There is no moral justification for living in a society that creates a permanent class of the working poor – and that is what happens when upward social mobility becomes a rare exception. Enough is enough: it’s time to raise the minimum wage.