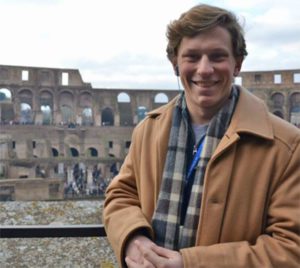 In March, the Alexandria-Arlington Regional Workforce Council released its 2017 assessment of the regional labor market. The report was prepared by Dr. Mark C. White of George Mason University’s Center for Regional Analysis and serves as an overview of the two counties’ workforce assets and liabilities.

Of the conclusions drawn, many will be familiar to Arlington residents — most notably that our economy is almost entirely services-based and highly dependent upon federal government activity.

Residents will also likely know that the local population has an extremely high level of educational attainment, with over 65 percent having earned at least a bachelor’s degree. It may even be common knowledge that the region’s workforce is disproportionately young and that the prohibitive cost of local housing tends to push this younger, more mobile workforce out of the region as it ages.

The region’s strengths are frequently advertised and rightly so. Demonstrating that Arlington and Alexandria have educated, young and motivated workforces will be key to attracting investment. While uncertainty about federal government spending in the region will continue to shake up local industries, the skilled workers we tout will adapt and prosper, or simply move on.

More than 50 percent of the types of occupations in Arlington and Alexandria required a high school diploma or less and most of these jobs paid less than $40,000 annually; well below the average wage and cost of living. Mid-skill occupations requiring an associate’s degree or post-secondary certification, such as computer support specialists or auto mechanics, comprised less than 10 percent of all jobs, further narrowing the path for workers in low-skill occupations to move up the ladder.

Divisions between high and low-skilled workers in Middle America was a theme throughout the 2016 presidential campaign and likely affected the election’s outcome. These divisions exist even in our backyard.

Earlier this year, I spoke with David Remick, Executive Director of the Alexandria-Arlington Regional Workforce Council, about workforce development in Arlington. The Arlington Employment Center, which implements many of Arlington’s workforce development programs, has sought to connect job seekers with employers since its creation in 1989. Today, it is housed in the Arlington Department of Human Services and administers training and placement funded through various revenue streams, most notably the Workforce Innovation and Opportunity Act.

In our conversation, Remick voiced his own concerns about the low number of middle skill opportunities, as compared to low and high-skilled jobs, and the risks faced by low-skilled workers unable to advance to higher wage occupations.

AEC has focused on providing in-demand credentials to trainees that will empower them to find employment in fields with projected growth, such as healthcare services, computer systems support and occupations requiring a commercial driver’s license.

These credentials and training programs are also ones that would be difficult for low-skilled workers to obtain without guidance and AEC has stepped up to fill that role. AEC also actively seeks out partnerships with local employers and routinely assesses where higher paying job opportunities will become available.

As with all public initiatives, budgetary limitations constrain the quantity and types of certifications that AEC can offer. Under WIOA, AEC may offer $3,500 in value for the “up-skilling” of qualified customers that seek out training. The type of training is guided by both market demands and the personal preferences and competencies of customers.

Last year, of those served by AEC, 18 percent earned credentials relating to hospitality or culinary arts, 33 percent in healthcare, 19 percent in construction or CDLs, and 18 percent in I.T. support fields. While the quantity of mid-skilled job opportunities is demonstrably small in Arlington (especially compared to other jurisdictions in Virginia), these are the fields that are most likely to experience growth.

There is always more to be done to improve workforce qualifications, but AEC and the Regional Workforce Council provide existing frameworks that address local deficiencies proactively.

These initiatives should be supported, both financially and through visible promotion. With resources limited, AEC and the Regional Workforce Council access their vast network of community-based organizations, local businesses, and residents to help promote their services to the public, ensuring that workforce development services are made accessible to those in need.

Nathan Saxman is a graduate of James Madison University and an Arlington resident. He has been politically active in Virginia since 2008 and presently serves as Programming Director with the Arlington Young Democrats. Professionally, Nathan is a paralegal in the field of international trade law.