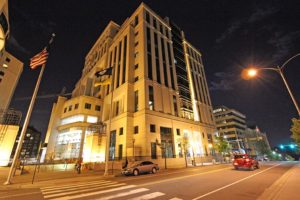 Another scammer who claims to be serving an arrest warrant for a supposed jury duty mix-up is targeting Arlington residents.

A reader said a man claiming to be a Sgt. Jimmy Jackson with the Arlington County Police Department called her saying there was a warrant out for her arrest due to the mix-up. Police reported a similar scam earlier this year.

Unlike previous scams, the reader said the caller did not ask for money right away, but instead stated that they had to schedule an in-person affidavit. He said the money paid for reserving a time block would be refunded at a future court appearance.

Department spokeswoman Ashley Savage said no badge number begins with the digits 33, and that police will never ask for money over the phone. Savage also encouraged any victims of fraud to report it at the county’s online reporting system.