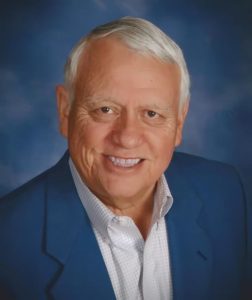 Today’s national media attention on immigration is primarily focusing on the deportation of undocumented immigrants and on the building of a border wall and who will pay for it.

Less attention is focused on the positive work being achieved in local jurisdictions where immigrants are viewed as an asset, not a liability, and the work that they do to bring a civil tone to the immigration debate.

In Arlington County, many Latino activists have worked over the years with other community and civic leaders to ensure that Arlington remains a place of welcome and inclusion. One outstanding leader is Leni Gonzalez, a Latina from Mexico who came to the United States several decades ago to study on a Fulbright scholarship. She later moved to Arlington when, in 1986, she married her husband, Lee Niederman. Later this month, Leni will leave Arlington to move to El Salvador, where her husband has accepted a job.

During her time in our community, Leni has always worked to improve the lives of immigrants and new Americans. In the last decades, her experience and compassion for others has made her an important leader on numerous fronts.

For example, Leni was one of the founders of the Shirlington Employment and Education Center (SEEC), a day laborer center established in 2000 to help immigrants find employment by matching them with employers who are in need of temporary labor. She has been a member of the Executive Board, including serving as its Chair for the past several years. Leni has worked closely with SEEC’s community partners to strengthen SEEC’s programs and build upon its successes.

SEEC is the only local nonprofit organization in Virginia that works with the County government in providing a welcoming venue for immigrants seeking temporary employment and a convenient process for employers.

As SEEC Board Chair, Leni’s leadership helped expand SEEC’s mission to train immigrant women on using green cleaning products in their housekeeping businesses, improve their marketing and safety, and increase their business opportunities. Leni also championed a SEEC program to train Latinas on starting their own businesses, an initiative that SEEC has hosted in partnership with El Poder de Ser Mujer (The Power of being a Woman).

Leni was one of the founders of the Virginia Coalition of Latino Organizations (VACOLAO), a coalition of Latino organizations advocating for immigrant rights and in opposing anti-immigrant legislation in the Virginia State legislature. Leni served on its Executive Committee and for more than 10 years helped organize advocacy activities in Richmond by bringing immigrants, many of them students, as well as members of the faith community, to meet with General Assembly members to express opposition to numerous anti-immigrant bills.

A number of these bills focused on immigrant students and higher education. These bills were intended to block immigrant students, even if they graduated from our local schools, from entering college or paying in-state tuition. The testimony of the students helped humanize immigrants before legislators, most of whom had rarely encountered this community in their everyday life.

Leni’s understanding of the Latino community and the need to participate in the political process led to her being the first Latino leader to Co-Chair an Arlington Democratic Joint Campaign in 2000.

In 2002, Leni worked in Gov. Mark Warner’s Administration, followed by a similar appointment in Gov. Tim Kaine’s Administration. Most of her work was in the Department of Motor Vehicles, where Leni was a Department Liaison to the community. She did extensive work in clarifying the driver’s license eligibility requirements for legal residents. Leni also promoted through the Latino media information to help immigrants navigate DMV processes.

For Leni’s years of service as a multicultural outreach worker, she has received recognitions and honors, including Northern Virginian of the Year in 2016, Distinguished Latina Women Life Achievement Award in 2014, and Arlington County’s James B. Hunter Human Rights Award in 2015.

There are few Latinos in Virginia who have demonstrated over time the ability to work effectively with both state and local government agencies and in the immigrant community. Leni is one of those few. Fortunately, she has set an example that other Latinos have learned from and will be able to follow.

Leni will be dearly missed by both the immigrant community and those in government circles who had the privilege of working with her.

Andres Tobar has been the Executive Director of SEEC for the past 13 years and has worked and served with Leni on many Latino advocacy and political organization efforts.