There is no doubt that the D.C. area is ripe with talented people. But is it innovative enough to be worthy of the title “Silicon Valley of the East,” over other tech-heavy cities like Boston and New York?

Jon Jackson, the founder of the successful local startup Mobile Posse, seems to think that’s an attainable goal for the nation’s capital.

Jackson founded Mobile Posse in 2005. The company is a “leader in mobile content discovery solutions that help wireless carriers and device manufacturers capitalize on the mobile advertising economy.” The business has seen tremendous growth — about 70 percent per year — for the past three-and-a-half years, which is part of the reason Jackson believes D.C. is a prime location for startups.

Formerly in McLean, Mobile Posse moved to Arlington just over a year ago, where both Jackson and his cofounder live.

“There’s a great workforce here [and] the county is pretty progressive,” Jackson said. 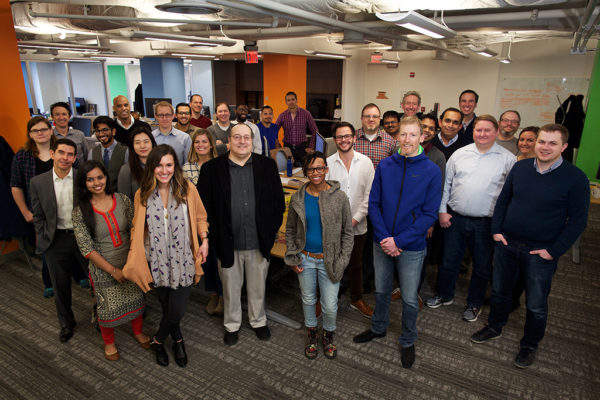 One of the main reasons he chose to move his company was because many of the people he wanted to hire did not own cars and lived in Arlington, so they were reluctant to commute to McLean.

“We needed to get close to the Metro for recruiting purposes,” Jackson said.

During its 12 years in McLean and then in Arlington, Jackson noticed that D.C. and its surrounding areas had a great deal of potential for the tech industry. He cited D.C.’s educated workforce, its proximity to many universities, the presence of the federal government and all of the investments in the area as several reasons for that potential.

“We have more IT workers than any other city in the U.S.,” Jackson said. “Now, many of them work in the government so they’re not necessarily startup IT workers… but at least there’s the technical skills to [become a Silicon Valley here].”

Jackson mentioned that there were several factors holding the area back in the startup realm. He said that since the D.C. metropolitan area is split between two states and the District of Columbia, that makes it difficult to have one cohesive goal to bring talent and foster startups to the area.

He also explained that the startups that do exist in the area do not receive the press coverage they deserve, or would likely get, if they took off in Silicon Valley. Jackson said that while D.C.’s highly educated workforce is a perk, it also backfires since the highly-educated tend to be more risk-averse.

Finally, Jackson said that while there is investment capital in the D.C. area, that capital tends to be concentrated in certain sectors like cybersecurity, telecom networking or infrastructure. That makes it more difficult for companies outside of those sectors to raise money and grow.

Jackson called out alumni from his former employer, AOL — the D.C. area’s last great tech powerhouse — for not starting enough new companies. He said that in Silicon Valley, employees of Google or Yahoo leave all the time to start their own businesses.

“I can only think of about seven or eight [people like that] in the D.C. area,” Jackson said. 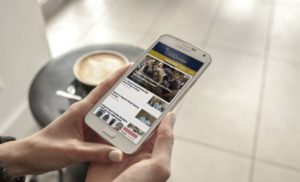 As for what D.C. can do to develop its tech sector, Jackson emphasized the need to expose people to the startups that already exist in the area. He mentioned ARLnow’s Startup Monday column as one outlet and networking via coworking spaces — MakeOffices, WeWork, etc. — as another.

“We need to do a better job… fostering an environment of sharing,” Jackson said.

He explained that in Silicon Valley, employees at different startups meet regularly and are not afraid to ask each other for advice. For this reason, Jackson said, Mobile Posse recently moved into a larger space where they have the ability to host meetups for up to 100 people.

For now, Jackson said rather than aim to be the “Silicon Valley of the East,” D.C. needs to take baby steps.