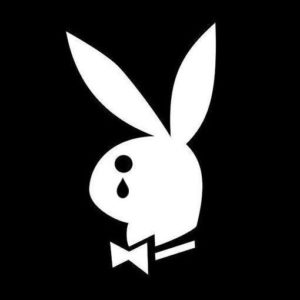 Editor’s Note: Playboy founder Hugh Hefner died last night at the age of 91. Arlington resident Buzz McClain, a writer and communications professional, was a regular contributor to Playboy for two decades. Below, McClain shares a brief recollection of his time at Playboy.

From 1992 to 2012 I did a monthly home entertainment column on the movie pages of Playboy. I would review several B-movies or direct-to-tape (later, direct-to-disc) films, with the occasional A-list movie.

There are few bigger thrills than getting your first paycheck with an embossed “bunny head” on it signed by Hugh Hefner’s daughter, Christie. (Hef led the way in empowering women; his daughter was chairman and CEO of Playboy Enterprises. His considerable philanthropy for women’s rights and free speech is largely unnoticed, and he liked it that way.)

Hef was probably the world’s biggest movie fan, with his every-Wednesday night screenings of new movies at the Mansion for his close friends and buying one of each of just about every film that became available at retail. And he watched them! No pressure on the critics, right?

Somewhere in the house I have an autographed copy of “Hef’s Little Black Book” he sent for my birthday. I was hoping it was his personal phone book (ahem), but it turns out it was his rules for living a full and meaningful life. No doubt that was the better option.