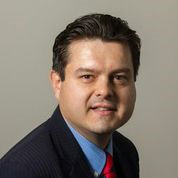 For the past four years I have had the pleasure of working with a regional asset building and financial capability nonprofit organization which seeks to empower low and moderate income residents of the Washington metropolitan region financially so they can take control of their finances, increase their savings, and build wealth for a better future.

Prior to creating and managing strategies to advance the financial lives of low and moderate income families and communities, I spent 12 years working in the wealth management and financial planning industries for the benefit of families of financial means.

Having now worked with families from across the socio-economic spectrum, I see clearly that we all have dreams and aspirations — regardless of one’s level of wealth or income. What matters most is translating them into goals and objectives.

Yet low and moderate income families face significant challenges in achieving their goals and objectives. Almost 1 out of 5 Arlingtonians live in asset poverty. A great community like ours can and should do better in leading the Commonwealth and the nation in inclusive prosperity.

To provide greater opportunity for Arlingtonians of low or moderate income – who contribute to the growth of our local economy and work hard to better their families’ circumstances, I propose the creation of a local Earned Income Tax Credit (EITC) for low-wage families in Arlington.

Over four decades, the EITC has been considered one of the most effective policy tools lifting Americans out of poverty. The EITC is a tax refund to increase the income of working families by providing tax reductions and cash supplements. It can make a real difference to low and moderate income individuals and families. It puts money back in the pockets of working individuals and families and helps them save for their financial future.

According to data from the IRS and Brookings, over 7,700 taxpayers in Arlington claimed the federal EITC — with over $15 million being received by local families from the federal government at an average EITC amount of $1,800.

Since the creation of the EITC at the national level in 1975, other jurisdictions have created local versions. In our region, the District of Columbia and Montgomery County enacted legislation to create anti-poverty programs based on the federal EITC. Their leaders now view the EITC as a critical investment in their economies and in the wellbeing of low-wage workers.

By creating a local EITC, Arlington could lead the way in the Commonwealth by showing that a local EITC provides all Arlingtonians with benefits that accrue from residents who have basic economic stability in their lives. Rather than a handout, an Arlington EITC would represent a smart co-investment between our community and hard-working, low-wage employees who aspire to provide for their families and achieve the American Dream in our community.

Based on nationwide experience, we can expect EITC recipients to spend the received tax credit to purchase goods for family needs from local businesses, save for their children’s education and long-term goals, and pay down debt.

How much would it cost to create an Arlington EITC? It’s all dependent on the percentage of the federal EITC we are willing to match. In jurisdictions where a local EITC has been created, the match ranges from 4 percent (Wisconsin) to 40 percent (Washington, D.C.). Virginia’s current statewide policy is to match 20 percent of the federal EITC.

For the Arlington EITC, I advocate for a 10 percent match as a baseline with gradual increases. At a 10 percent rate, we would be investing $1.5 million on an annual basis to further financially empower our community members currently in low-wage jobs.

As I wrote in this column last December, “local initiatives and solutions are stronger, more effective and efficient when the community is broadly represented throughout the decision-making processes.” Adding voices from our low and moderate income communities to the decisions that impact all of us is critical.

I strongly believe that local initiatives looking at local challenges and opportunities from a holistic perspective can play an impactful role in determining the wellbeing of our community in the years and decades to come. The creation of a local EITC would not eliminate poverty in our community, but would be a step in the right direction.

My wife, our two kids, and I want to be part of an Arlington that moves toward inclusive prosperity. How about you?

Joseph Leitmann-Santa Cruz is the Associate Director of an asset-building and financial capability organization in Washington, DC and a member of Arlington County’s Joint Facilities Advisory Commission. He was a member of the South Arlington Working Group and served on the Board of Directors of the Arlington-based nonprofit organization Dream Project.

Read more →
More Stories
Video: This Is What It’s Like to Skydive Over ArlingtonSchool Board Candidates Respond to Follow-Up Questions from Recent Forum