A former special education teacher now helps people improve their lifestyles by exploring their diets and other factors to see where changes need to be made.

Founded in September, Clarendon-based WholesOMe Health offers health coaching and yoga to individuals and small groups. Founder Lindsey Goldwasser said she looks at someone’s stress levels, emotions and factors like their relationships and finances and how that affects the food they eat.

“We usually go through a health history, and we look through your day-to-day, the food that you eat but we also look at your day-to-day schedule and if there’s certain stressors,” she said. “Usually as we’re talking there are certain things that are very obvious that come up. I think it’s also really letting the other person talk and share what they’re going through and their experiences, and it’s relating and I think often the body has the opportunity to heal itself if we just give it a chance to.”

Goldwasser said the link between stress or poor health and the food we eat is crucial, and can be easy to fix. She gave the example of someone being unhappy in their job, so going to happy hour each evening after work, then eating chicken fingers and fries for dinner as they make “poor food decisions.” 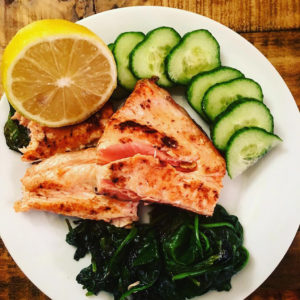 Then, she said, that poor diet can result in a bad night’s sleep, which means starting the next day on the wrong foot. Her health coaching would explore how those factors link together and help solve them.

“Maybe instead of happy hour five days a week, you might go three days a week,” Goldwasser said. “And then you’ll notice if you start feeling better, maybe it’s less and less and you find other things that make you happy instead of doing that after work every day. From that place, when you’re happy on the inside, you’re happy on the outside. It’s like a by-product of being happy, and the food you eat falls more into place.”

Goldwasser said her background as a special education teacher in Fairfax County has set her up perfectly for this new venture, especially given some of the skills she learned in the classroom. 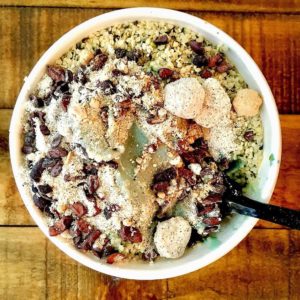 “I think being an active listener is so important, and I think when I was a teacher I was a huge believer in letting children guide how they wanted to be taught and learning from them as much as they learn from us,” she said. “I think active listening was huge, and being really open. Open to working out why and going back to the drawing board and trying it another way.”

And although her company is still in its early stages, Goldwasser put on a program for the holidays with new information released each week. It began the Monday after Thanksgiving (November 27), and has included sessions on the importance of water and energy, as well as why emotional eating is a bad thing.

She then explored colorful foods and meal planning, then a final session focused on planning for a healthy 2018. It is all building towards what Goldwasser hopes will be a productive year for WholesOMe Health.

“I just want to continue to do more individual and group programs, so I’m planning my 2018 now and continuing to build my list and build awareness, because I think there’s so much to be learned about the food we choose for ourselves and for our children, and finding peace with whatever we decide,” she said.