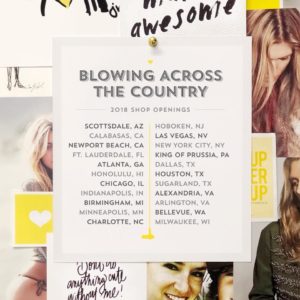 A national hair salon chain that specializes in blowouts is coming to Arlington County as part of a nationwide expansion, but its location has not yet been revealed.

Drybar announced January 1 on Facebook it is expanding into Arlington and 21 other cities, including nearby Alexandria as well as in the likes of Pennsylvania, Texas, New Jersey among others.

A Drybar spokeswoman did not provide any further information on the Arlington outpost as of the time of writing after repeated requests, including requests for specifics on its location and a possible opening date.

Drybar offers hair blowouts at more than 70 locations in the United States and Canada, and has products at department stores like Nordstrom and Bloomingdale’s.

Currently, the closest Drybar to Arlington is in Tysons Corner.