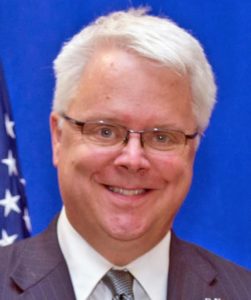 Frederick Douglass said, “The limits of tyrants are prescribed by the endurance of those whom they oppose.” Last year, the Arlington Democrats reached their own limit and in response, sent volunteers beyond Arlington to House of Delegates’ districts around the Commonwealth.

Arlington, which is the smallest county in Virginia in square miles but one of the largest in terms of population, was in the highest Democratic performing congressional district in last November’s election.

Pleased with our own General Assembly delegation but eager to do better for Virginia and send a positive message of hope to the nation, we turned our focus to joining our neighbors and fellow Virginians in the burgeoning and ever more diverse suburbs and exurbs outside the beltway.

It wasn’t the first time we exported volunteers but in 2017 we elevated it to a grander scale, joining with many local groups, like WofA (We of Action), Arlington Indivisible and others. The Beyond Arlington program flourished in response to the confluence of our 2017 delegate races and a record number of 89 democratic candidates, with an enormous outpouring of volunteers due to the current administration in Washington.

The reasons for greater collaboration are clear. We have common goals: a growing need for schools, continued job growth and regional transportation solutions. We share many transit assets–Metro, VRE, our Interstates, toll roads and bike trails. We also have a need to protect the Potomac River watershed and our parks and open spaces.

Progress in these areas has often been difficult as an entrenched conservative General Assembly has, often by party-line votes, rejected progress or serious bipartisanship. Even after last year’s election, the 51% has refused to work with the other 49%, something Alexis de Tocqueville referred to as the “tyranny of the majority.”

This has been the case throughout our history. Conservatives in Virginia have fought federal authority vigorously, most notably over the abolition of slavery, women’s suffrage, school integration, the Civil Rights Act and the Voting Rights Act.

These same conservatives have no qualms exercising far greater authority over our local governments in Virginia through the Dillon Rule and state constitution, denying localities their own decision-making.

We saw this most recently in preventing localities from removing a statue from a local park or renaming stretches of state roads within their jurisdiction. As Governor Northam said last year on the campaign trail, “If we can’t change their minds, we need to change their seats.”

The same can be said of the 2018 congressional races. Republicans had a limitless appetite for using the filibuster against President Obama. They strove to make certain government can’t work in order to confirm their claim that it doesn’t. They worked relentlessly to undermine the Affordable Care Act (but failed to dampen demand on the exchanges in the 2018 enrollment).

Rep. David Brat (R-Va.), who claimed that he “opposed big business being in bed with big government,” had no problem financing a tax break for big corporations and the top 1% on the backs of his constituents.

It’s time to change some of these seats as well. It won’t be easy but American democracy demands a higher standard and we must work with our fellow Virginians to make it happen.

Frederick Douglass also reflected, “If there is no struggle, there is no progress. Those who profess to favor freedom, and yet depreciate agitation, are men who want crops without plowing up the ground, they want rain without thunder and lightning, they want the ocean without the awful roar of its many waters. This struggle may be a moral one, or it may be a physical one, or it may be both moral and physical, but it must be a struggle.” We are ready.

Steve Baker is an 8th generation Virginian and an Arlington Democrat.