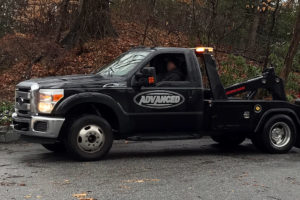 (Updated at 6 p.m.) A new bill is raising the statewide cap on towing charges to $150 but won’t require Northern Virginia localities to raise their towing rates as was initially proposed, according to Delegate Alfonso Lopez (D-49).

Lopez says he reached an agreement with the Republican patron of the bill, Del. David Yancey (R-94), to amend it to remove the large towing fee hike. It will instead raise the cap to $150 statewide, while also letting Northern Virginia localities set their own towing rates by removing a requirement — currently in law — that the rate be set at $135, according to Lopez’s office.

“Rather than dramatically increasing the amount that tow truck companies can charge unsuspecting Virginians, we should be working to address the practice of predatory towing in Northern Virginia,” the delegate’s office said in a press release.