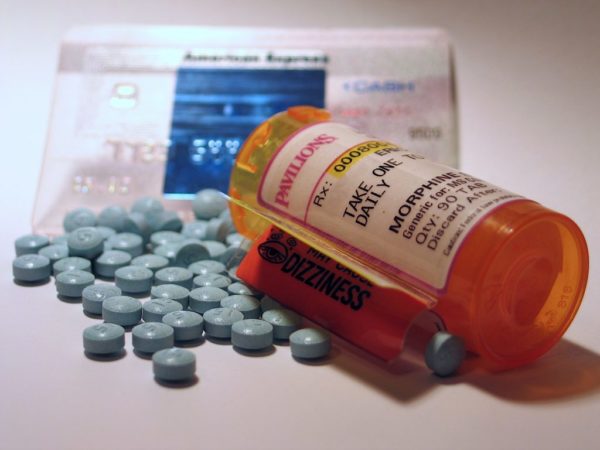 The number of Arlingtonians seeking treatment for opioid addiction and related disorders rose from 100 patients in 2015 to 345 patients in 2017, an overall increase of 245 percent, according to Arlington County.

The uptick, detailed in the Arlington County 2017 Annual Report released in January, has spurred the county to implement new treatment approaches for identified opioid-related disorders and addictions.

The police department, unsure of what the best opioid treatment options were to combat the increasing arrests or overdoses, contacted Suzanne Somerville, the county’s residential and specialized clinical services bureau chief.

“We weren’t working together as a county,” said Somerville. She added that departments also weren’t previously coordinating with Virginia Hospital Center but that there is now a monthly meeting with emergency room personnel to discuss frequent treatment or med-seeking patients.

A stakeholders task force was created in January 2017 among multiple county government representatives, non-profit treatment providers and affected families, to develop a plan to address the rising figures, according to Somerville.

In hard numbers, 345 patients in a county of approximately 239,000 isn’t an epidemic. But the 245 percent increase concerns officials — and the figures, Somerville said, may be higher.

The county finds itself on the doorstep of three communities much more heavily impacted by the nationwide opioid epidemic, according to Somerville: the District of Columbia, West Virginia and more southern areas of Virginia.

“That’s the interesting thing with the opioid crisis, it’s widespread. There’s no socioeconomic division, there’s no race division. It depends on how they start,”she added.

Many opioid abusers initially are prescribed painkillers for medical problems, then later become addicted and switch to a cheaper habit like heroin. In Arlington, it costs approximately $25 for .25 grams of heroin. Oxycontin pills are about $1 per mg; Percocet, $.50 per mg; and Fentanyl, $6.50 per mg.

Arlington officials prefer two methods — a medication assisted treatment (MAT) and an office-based opioid treatment program (OBOT) — over incarceration. The OBOT program combines treatment with naloxone, which is sold under brand names like Narcan and Evzio, with group therapy and peer recovery services.

These peer recovery services take the form of residential intensive treatment homes where patients undergo detox for a minimum of two weeks, but typically up to three months. One Arlington treatment house has the capacity to take 14 patients for up to six months. During this time, patients learn independent living skills and have their sobriety monitored.

One treatment center is in Ballston and another is elsewhere in northern Arlington, though Somerville declined to be more specific, saying that both locations are inconspicuous.

The treatment centers are completely voluntary, but only two patients chose jail over drug court in 2017. Those who opt for jail face at least two years in prison, with terms varying depending on criminal history and individual circumstances. Drug court comprises of supervisory components like GPS anklet monitoring.

“There are some cases where that is not going to work out,” added the bureau chief. “If the police feel that a person has distribution, there probably wouldn’t be something we could do to divert, but we are looking to come up with options at the time of bond or sentencing to say that this person would benefit from treatment as opposed to straight incarceration.”