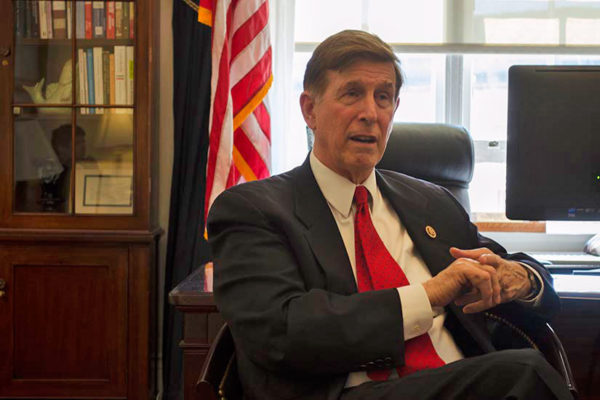 Congressman Don Beyer (D-Va.) co-sponsored a bill this week that would prohibit the sale, transfer, production, and importation of assault weapons.

“We need the Assault Weapons Ban because we have to get weapons of war out of America’s communities,” Beyer said in a press release. “It is too late to stop the shootings in Parkland, Newtown, Aurora, and so many others which were carried out with an AR-15 style rifle, but we must act to prevent future such massacres.

“Congress should listen to the young people in Florida and across the country and pass this lifesaving measure immediately,” he added.

The ban would specifically prohibit the sale, transfer, production, and importation of the following:

When an assault weapon or a high-capacity magazine is used in a shooting, the number of victims who are killed increases by 63 percent. There have been almost 8,300 incidents of gun violence so far in 2018. More than 2,200 Americans have lost their lives. More than 500 children have been killed or injured.