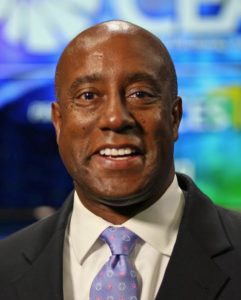 A friend of mine recently passed away. Fifty-one years young. He had a sudden heart attack, leaving behind a wife and two teenage sons.

For me, this is the second friend I’ve lost in the last five months with several others bravely battling cancer.

Perhaps I’m reflecting on the fragility of life and appreciating and embracing each moment as a gift. And, perhaps, this reflection provides me a different lens through which to view the current state of our political divide, one that forces me to be gentler with my political opposites.

I know that despite our differences we both wrestle with life’s challenges, love our nation and in large part want the same things — relative health and happiness, a better life for our kids, reasonable pay for hard work, peace, a safe community, more good donut shops in Arlington. You know, the usual stuff.

We have differing views on immigration, the right of a woman to make her own decisions about her body and pregnancy, our interpretation of President Donald Trump’s words and tweets, and, closer to home, the legacy and societal impact of public symbols honoring the so-called heroes of the Confederacy.

Can I listen thoughtfully to their legitimate concerns and policy views and remain in intellectual, spiritual and ethical alignment with my fundamental beliefs? What does it mean to be a progressive in an age of staunch division?

Oddly enough, that’s the thought that hit me as I read a recent story in ARLnow about the racial disparity in suspension rates among Arlington public schools. What struck me was the revelation that of the 1,733 students attending Yorktown High School — where my bi-racial daughter is a junior — a mere 5.6% are Black. African Americans account for just 3.5% of the student body at HB Woodlawn, the educational home to my other daughter.

These statistics made me reflect upon the importance of interacting with those who come from a different experience than our own. The more we interact with those who are “different,” the more likely we are to express empathy and compassion.

Numerous studies have found that diversity is critically important for us and our children. Researchers found that children’s exposure to students different from themselves leads to improved cognitive skills, including critical thinking and problem solving. These studies also demonstrated that students exposed to peers of another race or background show generally higher levels of empathy for other people.

Unfortunately, our lives too often facilitate separation. From the communities in which we choose to live to the churches we attend to the news programs we watch. Even technology — with its many benefits — has created walled communities. We are encouraged — even rewarded — for living within an echo chamber of targeted news programs and segmented social media.

How can we practice empathy — across the political divide — when even the technological tools we turn to throughout our day enable us to stay among our “own” and reinforce, not challenge our views?

Progressivism has long been tied to empathy – advocating for policies that address the needs of the marginalized and under-represented. Yet we too often retreat to our own corners and demonize the “others,” in many ways acting in direct conflict with some of the fundamental principles of progressivism.

Don’t get me wrong. There is lot to be upset and concerned about. And sometimes I’m appalled by just how wrong some conservatives can be and what I see as their lack of empathy.

But as a former young conservative turned progressive wrote, “If we want to see real systemic change, we have to engage. We have to be brave and sit with the uncomfortable views of others who are different from us. We have to wholly listen and try to understand, without reacting angrily and decrying their views.”

To me, that is a call to action. Perhaps, in these divided times, progressivism demands compassionate engagement.

Jeff Joseph is the founder and CEO of Arlington-based Starlight Public Affairs. He has lived and worked in Arlington for more than 30 years, where he has raised his family with his wife Lisa, coached youth sports and is a member of Manther, a self-described marginally talented local Dad’s band.