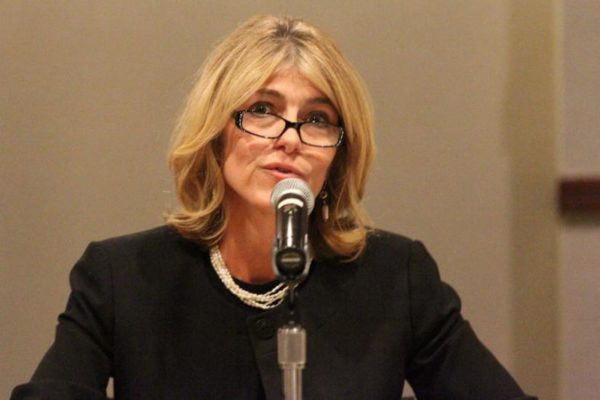 Each one of the three state senators and four state delegates representing Arlington in Richmond, not to mention two lawmakers from nearby Falls Church, sent a letter on the subject to Stamos last Thursday (June 21).

Echoing efforts by criminal justice reform advocates around the country, the lawmakers argued that requiring people to post a cash bond to earn their freedom contributes to the “disproportionate incarceration of low-income individuals and people of color.” They’d rather see Stamos adopt a system for pretrial release “based more on the severity of the crime and the defendant’s perceived public safety and flight risk, rather than the ability to pay.”

“The current system of cash bail is broken in that it conditions the pretrial release of individuals on the ability to pay, violating the principle of the presumption of innocence that is foundational to our criminal justice system,” the lawmakers wrote.

Stamos says she’s joined some of her colleagues around the state in examining such a policy change, but, fundamentally, she feels this “was a rather silly letter to send me.”

“I think the letter is misguided on a number of levels,” Stamos told ARLnow. “If these members of the General Assembly have a problem with cash bail, they should change the law. It’s perfectly within their power to do so.”

Stamos says prosecutors in her office regularly recommend releasing people on “personal recognizance bonds,” giving them the chance to go free before trial with paying. However, Stamos feels bound by state law, which obligates prosecutors to evaluate if someone charged with a crime “is a flight risk or a threat to the community” when assigning a cash bond.

“I understand the considerations around cash bail, but the countervailing considerations are: who is being held and why are they being held?” Stamos said. “Do they have a prior criminal history? Are they a flight risk? Many of our defendants are from D.C. or Maryland, and we don’t have the resources to be extraditing everyone.”

Yet the lawmakers argue in their letter that other jurisdictions have seen success with such a policy change, noting that prosecutors in Richmond agreed to end cash bail earlier this year.

They point out that most low-income people can’t afford to post a sizable cash bond, which often “translates to weeks of missed income, employment or education before ever having been convicted of a crime.” The lawmakers add that holding so many people before their trials start can be costly for the county — they estimate Arlington pays as much as $182 per day for each person it holds in jail, while other methods of pretrial monitoring can cost as little as $7 each day.

Stamos agrees that there could be “some adjustments we can make” to the process, but she also urged the lawmakers to consider the impact of a policy change for everyone involved in each court proceeding.

“There is a cost as well for witnesses or victims of crime who come to court and the defendant doesn’t show up,” Stamos said.

Most of all, however, Stamos is confused why the lawmakers chose to fire off a letter to her on the issue, rather than working with her a bit more directly.

“Not one of my good colleagues in the General Assembly have one time picked up the phone about this,” Stamos said. “This is news to me that this is a big concern of theirs. Not one has asked me about my position.”