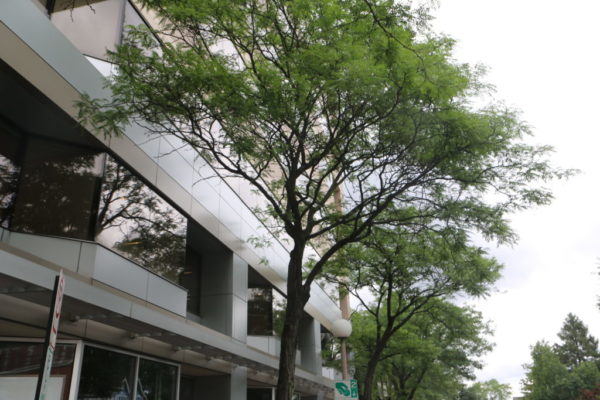 ‘Life-Threatening’ Flooding Possible Throughout D.C. Region — The flash flood watch for Arlington continues through early Wednesday morning, with a “water hose in the sky” expected to blast the region with rain over the next two days. [Twitter, Washington Post]

Defense Spending Juices Hiring in Northern Virginia — From Arlington to D.C.’s more far-flung suburbs, the Trump administration has meant big business for contractors in Northern Virginia. Federal employment numbers may be shrinking, but the area added 12,800 jobs over the past year, including 5,700 federal contractors. [Washington Post]

NewsChannel 8 Gets a New Name — Arlington-based WJLA-TV is rebranding its sister station as “WJLA 24/7 News” starting today (Tuesday). The stations’ parent company, Sinclair Broadcasting, has attracted some intense scrutiny in recent months for its conservative bent, and its effort to buy up scores more local television stations. [Washington Business Journal]

John Vihstadt Earns Endorsement of County Firefighters’ Union — The County Board’s lone independent picked up his second endorsement from the Arlington Professional Firefighters and Paramedics Association. The union cited his work to fight for a raise in first responder pay rates in its decision to back him over Democrat Matt de Ferranti. [InsideNova]

Arlington Soccer Teams Head to Nationals — The county is sending both a boys and girls team to the U.S. Youth Soccer National Championships in Frisco, Texas today. [Twitter]

Nearby: Potomac Yard Death Investigation — Alexandria police are looking into a death on E. Reed Avenue, just across the city’s border with Arlington. The victim was an 82-year-old man, and police believe the death was suspicious. [WJLA]