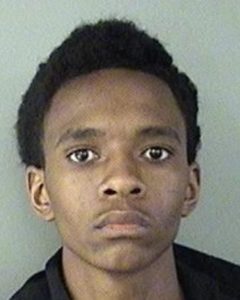 (Updated at 4:30 pm.) Arlington police have arrested one man in connection with a string of overnight car thefts in Arlington Ridge, and another perpetrator may still be at large.

County police charged 18-year-old Sean Palmer of Washington D.C. with two counts of petit larceny involving a theft from a motor vehicle and two counts of entering or setting in motion a vehicle. He’s set for a Monday (July 30) hearing in Arlington County General District Court on the misdemeanor charges.

Spokeswoman Kirby Clark says officers arrested Palmer after receiving reports about two suspicious men in the area of S. Arlington Ridge Road and 20th Street S. late last night (Thursday). They eventually managed to locate two men matching a witness’s description, including Palmer, though one was able to flee the scene on foot.

Clark says officers determined “multiple vehicles in the area were entered and items of value stolen,” and it’s possible that other vehicles beyond the ones police found were broken into at some point.

An anonymous tipster told ARLnow that police left a variety of notes on car windshields around the 1000 block of 18th Street S. warning owners to check the vehicles to see if anything was amiss.

Police are asking anyone whose vehicle might’ve been broken into to call the department at 703-558-2222.