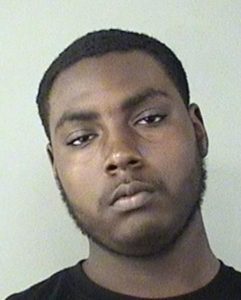 Arlington police have arrested a Maryland man and two teens in connection with a series of car thefts in Penrose.

Police say they apprehended Malique Harden, 18, and two other juveniles early Tuesday morning (Aug. 14) after they broke into at least four vehicles in the vicinity of the 200 block of S. Adams Street.

Harden is now charged with grand larceny, tampering with a vehicle, contributing to the delinquency of a minor and marijuana possession. The two teens are also facing similar charges, though the department did not release their names.

Harden is now set for an Oct. 3 hearing in Arlington General District Court on his charges.

LARCENY FROM AUTO (APPREHENSION), 2018-08140005, 200 block of S. Adams Street. At approximately 12:30 a.m. on August 14, police responded to the report of vehicle tampering in progress. Upon arrival, it was determined that the victim was inside his residence when he observed two suspects inside his vehicle. When the victim exited his residence and approached the vehicle, he observed three suspects flee on foot. A lookout was broadcast based upon the description provided by the victim and responding officers located the three individuals in the area matching the suspect descriptions. During the course of the investigation, it was determined that the suspects entered approximately three additional vehicles in the area and stole items of value. Malique Harden, 18, of Suitland, Md.,  was arrested and charged with Grand Larceny, Tampering with a Vehicle (x2), Contributing to the Delinquency of a Minor (x2) and Possession of Marijuana. Petitions were sought for Tampering with a Vehicle, Possession of Marijuana and Grand Larceny for the two juvenile suspects.