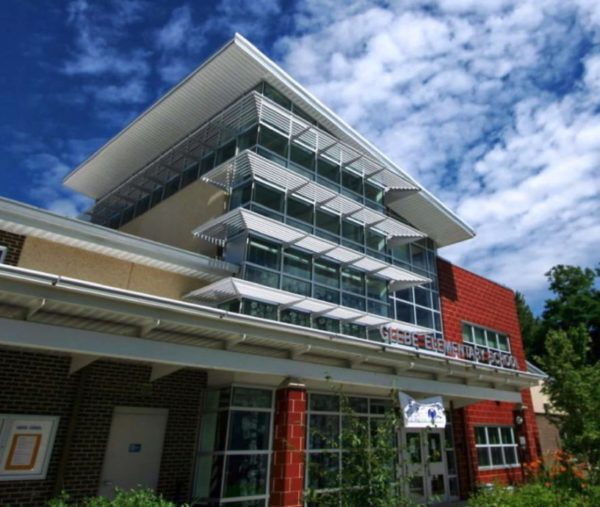 The Glebe Elementary Parent-Teacher Association is now in dire financial straits, alleging a local company that collected payments for a PTA fundraiser won’t hand over tens of thousands of dollars to the group.

In an email to members Friday (Aug. 17), obtained by ARLnow, PTA President Kristen Johnson said that as a result of the dispute, the group is out more than $88,350 raised in the PTA’s annual spring auction.

Consequently, she says the PTA is “beginning the school year with significantly less funds than we have had over the last several years” and “will not be able to fund all of the initiatives, programs and activities that the community has come to enjoy.”

“Needless to say, this is an enormous blow to our community,” Johnson wrote.

Reached via email yesterday (Monday), Johnson declined to offer more specifics on the incident, only saying that the “PTA is consulting with legal counsel about taking legal recourse at this time.” Representatives with the group’s vendor — Student Info Hub, a subsidiary of Crystal City-based ConnectUs, LLC — did not respond to a request for comment.

Johnson wrote in the email to parents that this was the PTA’s first year using the new vendor, after opting to switch to the local business last year.

“Last year, on a recommendation, we considered a local small business as a new vendor,” Johnson’s email said. “The Auction Committee vetted the vendor and proposed it to the Executive Board. After thoughtful review, the Executive Board voted to use the new vendor for the April 2018 Glebe PTA Auction.”

While the company did hand over more than $11,200 collected in the April auction, Johnson claims that’s the only money the PTA has received, despite months of back and forth.

“In subsequent exchanges with the vendor, we continued to demand that the money be transferred,” Johnson wrote. “The vendor did affirm that the funds were Glebe PTA’s, as well as the amount, and represented that all funds would be transferred by the end of June. However, the funds were not transferred. Throughout the summer we have continuously pursued the payments directly from the vendor.”

Johnson added that the PTA has contacted a variety of law enforcement entities about the dispute, including the state attorney general’s office and Arlington County Police.

Police spokeswoman Ashley Savage confirmed that her department did receive a report on the dispute, and “did attempt to assist by facilitating conversations with each party to help mitigate the issue.”

“Ultimately, this was determined to be a civil issue and police are no longer involved,” Savage wrote in an email. Charlotte Gomer, a spokeswoman for Attorney General Mark Herring, added that her office similarly judged that “the situation did not appear to be one that would be subject” to state law, also recommending that the PTA pursue a civil suit instead.

In a second email to parents Monday, also shared with ARLnow.com by a concerned parent, Johnson said the PTA recently hired a lawyer and is contemplating legal action, with next steps yet to be revealed.

“We are doing everything we can to secure our funds,” she wrote.

Johnson also urged parents to try to keep the situation out of the public eye.

“We have had a lot of media requests as I am sure the community as a whole wants to help us,” she wrote. “For now, please refrain from posting on social media and speaking to the media… We don’t want to inadvertently harm our legal position with misinformation.”