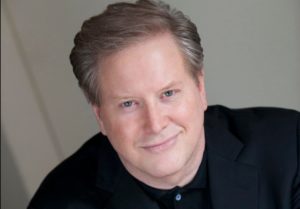 There’s good news for lovers of laughter — Arlington Cinema and Drafthouse is rolling out its lineup of comedians for the fall and winter.

The Drafthouse (2903 Columbia Pike) has confirmed performances from a variety of well-known stand-ups over the coming months.

Darrell Hammond, a staple of “Saturday Night Live” with a famous impression of President Donald Trump, will swing by from Dec. 7-8.

The venue will also play host to Natasha Leggero from Nov. 16-17. She’s the creator and star of Comedy Central’s “Another Period,” and recently co-starred in the Showtime series “DICE.”

Earlier that month, SNL veteran and longtime TV actor Jay Mohr will appear at the Drafthouse. He’s slated to perform from Nov. 1-2.

The Drafthouse has its full lineup of events available on its website.