As student debt continues to mount, Vemo Education is working to build a different way for students to finance some of their tuition bill.

“We consider ourselves a progressive, mission-driven company that’s really trying to expand opportunity and mobility and financial security for students and learners in this country,” Vice President of Policy and Social Impact Andrew Platt said. “We think income-based financing programs [are] going to help do that.” 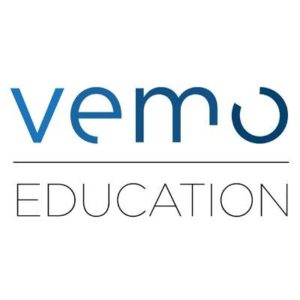 Income-based student financing programs, also known as income-sharing agreements or “pay as you succeed tuition,” require students to pay back a certain percentage of their income after graduation for a set number of years in exchange for some amount of tuition financing.

“What we do is help universities, colleges and training [programs] build income-based financing programs to eliminate financial barriers for education access, retention and completion,” Platt said.

Vemo Education, which was founded in 2015 and moved to Rosslyn just last month, has worked with over 30 schools to date to build such programs.

Accepting income-based financing as part of an aid package can be preferable to taking out more loans because it reduces the student’s risk, Platt said.

“What’s at the core of this is that it shifts the risk away form students and more towards the school,” he said.

Options to garner financing for these programs for schools include using endowments and working with investors or gathering alumni donations.

“Those are inherently progressive features of an income share agreement that are good for a student in a way that other financing options aren’t,” Platt said.

Vemo Education is a venture-backed company that has raised around $9.4 million, Platt said. Holding at 39 employees as of mid-August, Platt said they’re looking to grow.

Vemo Education has worked with institutions such as Indiana’s Purdue University and New York’s Clarkson University to establish income-based financing programs, and Platt expects their clientele to increase in the near future.

“We think over the next couple of years, we’ll help more and more schools, particularly large schools, understand and implement and launch large income-based financing programs for efforts of increasing educational opportunity and mobility,” Platt said. “I think over the next year you’ll see some pretty big announcements in terms of who’s doing [it].”