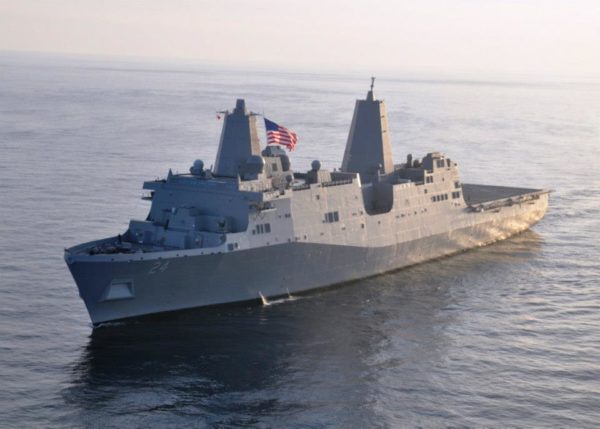 The USS Arlington, named for the victims of the Sept. 11 terror attacks, is soon bound for its second overseas deployment.

The U.S. Navy vessel is currently at sea preparing for the deployment, away from its base at Naval Station Norfolk, according to a news release. The ship is one of three named for the victims of 9/11, and was commissioned back in 2013.

Members of the county’s Military and Veterans Affairs Committee visited the ship in Norfolk two weeks ago before it went out to sea, in order to meet with its commander, Navy Capt. Todd Marzano. According to the county,  “the group discussed opportunities for greater interaction with Arlingtonians, both virtual and in-person.”

They settled on forming a new partnership where a county school will “adopt” the ship, with students getting a chance to stay in regular communication with its crew. The group picked Oakridge Elementary School as the first school to participate in the program, and the county says “work is underway to plan the first activities.”

A small team of the ship’s crew members not set to be deployed also recently traveled to the county to run in this past Saturday’s Police, Fire & Sheriff 9/11 Memorial 5K.

The USS Arlington has a crew of 360 sailors, and is one of the Navy’s 11 San Antonio-class amphibious transport docks.