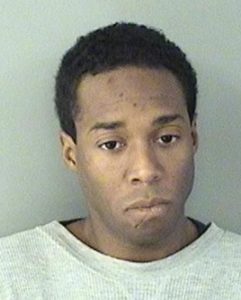 A Maryland man is now behind bars after he allegedly picked up four passengers in D.C., refused to let one out of his car and then assaulted that person while he or she tried to escape.

County police say 34-year-old Rick Ramey of Bryans Road, Maryland wasn’t working as a rideshare or taxi driver when he managed to convince four people to get into his car around 3 a.m. Friday night (Sept. 28).

Police spokeswoman Ashley Savage says it’s unclear how Ramey met his passengers, or if he was posing as a rideshare driver, but she said “they appear unknown to each other prior to the incident.”

Ramey drove three of his passengers to their intended destination, but refused to let the final one out at their home, police say. From there, the pair started arguing, and the confrontation “escalated and become physical.”

“The victim and suspect exited the vehicle and the suspect struck the victim in the head, causing a laceration,” police said.

Ramey is now facing charges of both abduction and malicious wounding, with a hearing in Arlington General District Court set for Dec. 3. He’s currently being held in the county jail without bond.

Savage says the whole incident underscores the need for people to “take advantage of safeguards in place to keep them safe and never accept rides from drivers who are not operating in an official for-hire capacity.”

Full details on the incident from a county crime report:

MALICIOUS WOUNDING, 2018-09280030, 1200 block of S. Arlington Ridge Road. At approximately 2:58 a.m. on September 28, police were dispatched to the report of a fight in progress. Upon arrival, it was determined that the suspect, who was not working as a rideshare or taxi driver, picked up the victim and three friends in Washington, D.C. After stopping to drop off the victim’s friends, the suspect continued, but refused to stop at the victim’s address or let the victim exit the vehicle. A verbal altercation ensued, which escalated and became physical. The victim and suspect exited the vehicle and the suspect struck the victim in the head, causing a laceration. Rick Ramey, 34, of Bryans Road, Md., was arrested and charged with Abduction and Malicious Wounding. He was held on no bond.