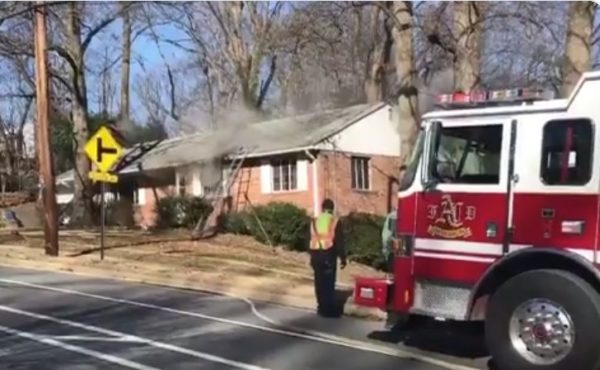 (Updated at 12:30 p.m.) Firefighters have extinguished a fire in a home in Northeast Arlington.

First responders were called to the 4000 block of Nelly Custis Drive around noon today (Thursday) to battle the blaze. The home is in the Dover Crystal neighborhood.

Smoke and flames appeared to be concentrated around the home’s basement, per scanner traffic.

Firefighters didn’t find anyone inside the home after searching it, the department said. However, they did discover a cat inside and got it to safety, where it seems to be recovering well from some smoke inhalation.

#Update: Units are still on scene working on extinguishing fire that has gotten into the attic. pic.twitter.com/g0waLgcStc

#Update: Fire is out. All searches have come up negative. Units working on ventilation and overhaul. Crews going through rehab. pic.twitter.com/vVdnO7go3F