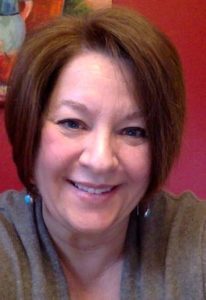 Progressive Voice is a weekly column. The views and opinions expressed in the column are those of the individual authors and do not necessarily reflect the views of their organizations or ARLnow.

President Trump’s current, partial government shutdown has achieved the dubious distinction of being the longest in our history. Before Trump began the shutdown on Dec. 22, he announced “I am proud to shut down the government,” and he promised Senate Majority Leader Schumer (D-N.Y.) and Speaker of the House Pelosi (D-Calif.) “I’m not going to blame you for it.” One month later Trump changed his tune and tweeted “The Democrats own the shutdown!”

Arlington is enduring a heavy share of the emotional stress and financial turmoil caused by this deplorable situation.

We are part of the 8th Congressional District, which has the most federal workers or any district in the nation. Our congressman, U.S. Representative Don Beyer (D-8th District), pointed out “federal employees should never be used as political pawns, especially for a senseless and ineffective wall. I’ve received hundreds of calls and letters from my constituents who overwhelmingly oppose the shutdown and just want to get back to work. I’ve heard from people living in anguish and fear, not knowing where the money is going to come from to pay for their tuition, their rent, their groceries, or their health care. This cannot continue. Every day this shutdown drags on, it does lasting damage to the federal workforce and the country.”

The president’s aims that are driving the shutdown are the antithesis of progressive values. He is not relying on facts to justify his demand for $5.7 billion to augment the existing physical barriers along our southern border to address a bogus “national security crisis.”

The shutdown is not based on sound economic policy. The president’s own Council of Economic Advisors doubled its estimate of how much economic growth is being lost each day the shutdown continues. As it is, by the end of January, the shutdown will exceed the $5.7 billion the president requested for the disputed wall.

The shutdown is not about equality or fairness, as demonstrated in the president’s own Dec. 27 tweet in which he glibly noted that “most of the people not getting paid are Democrats.”

Congress and the administration are in a standoff on re-opening the government. Democrats in the House have passed bills that would put 800,000 federal employees back to work while allowing negotiations on border security and the disputed wall to continue on a separate track. Only a handful of House Republicans have joined them. And in the Senate, Majority Leader McConnell (R-Ky.) insists he will not take up any bill that President Trump will not sign.

And as the shutdown drags on, some senior Administration officials say it is about permanently downsizing the federal workforce. They make long-debunked claims of widespread “waste, fraud and abuse” that have the effect of dehumanizing the federal workforce. Demonizing federal employees is nothing new — after all, it was President Ronald Reagan who said “The nine most feared words in the English language are: ‘I’m from the government and I’m here to help.'” Sadly, this shutdown is the ugly nadir of 40 years of incessant anti-government rhetoric from conservatives.

In response, local progressives and businesses are working hard to show solidarity with the federal employees and contractors in our community — and to affirm the importance of their service to our country.

The Arlington Democrats’ Blue Families group held a “Missing Paychecks Protest & Potluck” with Beyer on Jan. 15. Beyer has been listening to and fighting for his affected constituents since the shutdown began, and in response introduced a bill to guarantee back pay for furloughed government workers (H.R. 67). He also is supporting a bill to ensure back pay for federal contractors, such as janitors (H.R. 4875).

Several Arlington restaurants, bars, cafes and gyms are offering freebies and discounts to affected federal workers. Many vendors at the Westover Farmers Market are offering discounts to furloughed workers and free local apples from the “Shutdown Apple Cart™”. The Animal Welfare League of Arlington has opened its food bank for the pets of furloughed owners for the duration of the shutdown.

In addition, this Friday (January 18), Arlington Public Schools will be holding a job fair to hire qualified federal workers as substitute teachers.

When asked about the shutdown, long-time Arlington resident, civic leader and retired federal employee John F. Seymour proclaimed, “I am glad our elected officials — Beyer, Kaine, and Warner –are refusing to let Trump use the shutdown as a bargaining chip. Let’s get our government employees back to work… and an honest, factual debate on the need for a wall can take place.”

While all of these responses to the shutdown confirm Arlington’s progressive values, the most welcome action of all would be to immediately re-open the entire federal government and return all furloughed workers and contract workers to their jobs.

In this way, government could be an effective tool for the public good, and not a force for harming our security, economy and morale, as is now the case.

If you are a furloughed worker and don’t know where to start with sorting out your life during this time, dial 2-1-1 or go to www.211.org for confidential assistance.