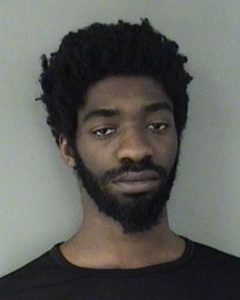 County police have arrested an Arlington man in connection with a series of robberies targeting pizza delivery drivers.

He’s now facing charges of robbery and using a firearm in the commission of a felony.

Police said in a news release that there were at least two incidents involving delivery driver robberies over the course of the last few weeks, both happening along the 300 block of S. Taylor Street in Barcroft.

In both incidents, one on Dec. 21 and one on Jan. 6, pizza delivery drivers were accosted outside their vehicles by a man brandishing a gun, demanding cash. On the second occasion, the man with a gun assaulted the driver, who suffered minor injuries and was taken to a local hospital for treatment.

The man fled on foot with undisclosed sums of cash after both robberies.

Police say the investigation into the incidents is still ongoing. Engelking-Scott faces a hearing on Feb. 28 in Arlington General District Court for his charges, and is currently being held in the county detention center without bond.