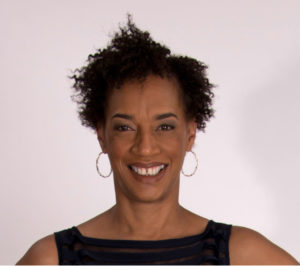 Arlington neighborhoods are facing a multitude of challenges as the divergent interests of organizations and the people who live near them are decided by the County Board.

These decisions are determined after vigorous debate on websites, blogs and media, both social and traditional. Our communities are pressured to accept proposals with conditions and/or designs that are either completely out of character or blatantly unfair to their residents. The neighborhoods are labeled NIMBYs (Not in My Back Yard) by people who have little understanding of the issues.

As a civic activist and fourth-generation resident of the Halls Hill-High View Park community, I have been involved in my fair share of these projects, including the rebuilding of the Langston-Brown Community Center, the proposed relocation of Fire Station 8 and most recently, the Virginia Hospital Center expansion.

Everyone knows that things change. No one expects that development will stop. We see our communities growing and new people moving in. We see new businesses open and existing organizations expand. We know that Arlington is changing. We are not fighting change. All we ask for is fairness.

There were some rough times during the process for each of these projects but the outcomes for each were better for the neighborhoods involved than the original proposals. Those solutions were achieved because of major efforts by civically active neighbors and our citizens associations appealing to county staff, commission and Board members in multiple meetings and emails. On some occasions when the direct appeals fell on deaf ears, we had to resort to major media, like a Washington Post article to point out the inconsistencies and erroneous information being spread by people and organizations with obvious business interests in the organization’s preferred outcome.

It is troubling and to be honest, a bit exhausting to have to continually fight these battles. But I remain hopeful because I think the message may be starting to break through in some areas. One ray of hope was evidenced in the remarks of our new County Board Chairman, Christian Dorsey, in his message on Jan. 2, when he stated his goal to “imbue our public policy with an emphasis on equity.” If our leaders can help to shift the discussions, debates and decisions in this manner, it could help improve the relationships between the county, the organizations that are a part of our communities and the residents who live and want to thrive in the neighborhoods every day.

Now let’s talk about what exactly this looks like. What does “an emphasis on equity” look like to me?

My initial hope is that county staff begins being neutral as they work on requests from organizations that seek to enter our communities or expand within them. Currently, community activists feel as if we must fight the organization leaders AND county staff, who it seems often support the organizations’ requests with little consideration for how it impacts the community.

For example in September 2018, we secured a deferment and a motion from the County Board to have the Virginia Hospital Center expansion walkways to the Halls Hill-High View Park community redesigned. These areas were characterized by one neighbor as “an alley and a tunnel.” They had multiple pedestrian dangers and safety concerns (near medical waste facilities, etc.). The Neighborhood Task Force spent three years asking the county staff to support this effort and received no support. Due to pleas from residents at what was to be the final meeting on this expansion, the community was finally given equity.

In addition, at two meetings with county staff during these discussions, I was told that the staff members were getting tired of all the meetings with the community. I pointed out that they were being paid with our tax money to attend while many of the community members were using their annual leave to take valuable time from our day jobs.

There are many areas where equity can be addressed in Arlington County government decision-making. But from my view, it starts at the ground level and that is with county staff. I’ve said this to each County Board member in 2018, and I stand on my opinion.

Wilma Jones Killgo is a fourth-generation resident of the Halls Hill-High View Park community. She is serving her third term as president of the neighborhood civic association, the John M. Langston Citizens Association. She is the author (under her maiden name of Wilma Jones) of the historic memoir, My Halls Hill Family: More Than a Neighborhood. Learn more at HallsHill.com.