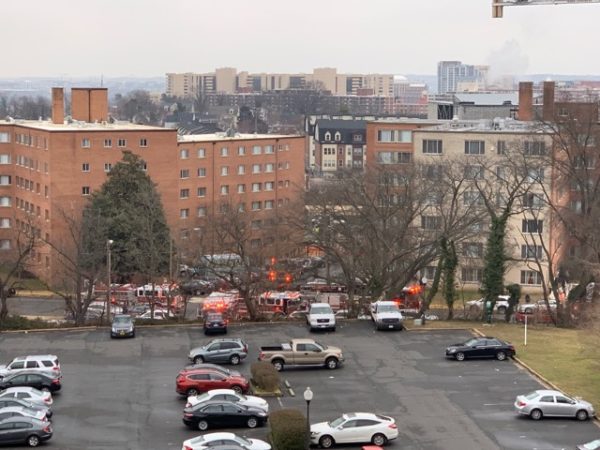 (Update at 4:15 p.m.) Arlington firefighters have extinguished a blaze at an apartment complex just off Columbia Pike.

First responders were called to a complex along the 1300 block of S. Scott Street around 3:30 p.m. today (Friday). The block is home to the Wellington Apartments.

The fire was concentrated in a commercial drier at the complex, which was quickly shut off, according to the fire department’s Twitter account.

The department said there were no injuries as a result of the blaze, though they’re still warning people to avoid the area if possible.

Units from ACFD, @FortMyerFire & @AlexandriaVAFD have extinguished the fire in a commercial dryer and continue removing the smoke. No injuries reported. Fire Marshals on scene investigating. Avoid the area as there will be large FD presence for about next 30 minutes. pic.twitter.com/yCOZumOyUw