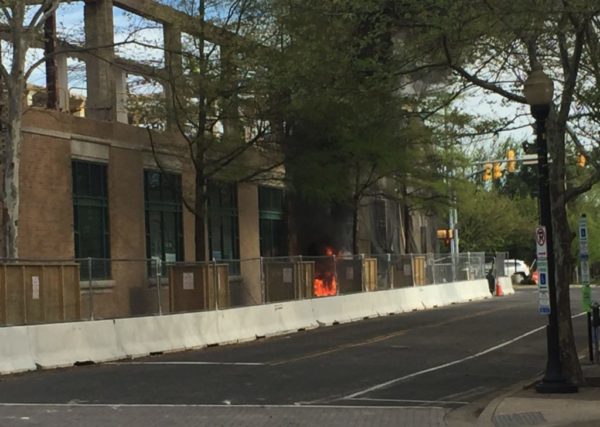 (Updated at 9:15 a.m.) A fire at a construction site across from the Clarendon Whole Foods prompted a large fire department response this morning.

Firefighters responded around 8:45 a.m. for multiple reports of a fire with flames and smoke visible from the street. They arrived to find construction workers trying to extinguish a fire outside of an under-construction building on the 2700 block of Wilson Blvd.

The building is part of the Market Common Clarendon development, which is currently being renovated.

The flames were quickly extinguished and no one was reported hurt.

8:42am – Units called to 2700 block Wilson Blvd for structure fire. On arrival, #fire was found on exterior of building under renovation. Workers on scene knocked flames down & units checked for extension. No injuries reported. Fire Marshal on scene investigating. pic.twitter.com/sLY6pdZUK6