To inform voters, Progressive Voice asked each candidate in the upcoming Democratic primary for State Senate to respond to this question: “What is your one most progressive accomplishment for Arlington citizens and how does that reflect your progressive leadership?” 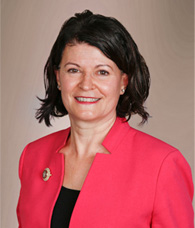 As an Arlington County Board member, I initiated a coordinated community response to domestic violence and sexual assault; and chaired the roundtable that guided the community response for five years. That effort, now known as Project Peace, continues to educate, protect and empower Arlingtonians.

Project Peace has “buy-in” from the police, judicial system, faith community, non-profit service providers, legal service groups, and the public schools. The goal is to educate the community about domestic violence and sexual assault, enhance the protections offered by the judicial system and address gaps in services. An important component of Project Peace is preventing unhealthy relationships and discussing this topic in an age appropriate manner with both sexes.

As a State Senator, I allocate dollars in a way that ensures a seamless local response to domestic violence and sexual assault. For example, Inova Hospital, with the help of a state grant, was able to expand the number of Sexual Assault Nurse Examiners (SANEs) to ensure that survivors could access the exam without long delays in a waiting room. Additionally, I passed legislation to require that a backlog of Physical Evidence Recovery Kits (PERKs) be evaluated by the State Department of Forensics.

On the prevention side, I passed legislation that requires the Alcohol Beverage Control Commission to include lessons in patron safety for bartenders. This idea came from a Project Peace program that voluntarily encourages establishments to join the “Ask Angela” Campaign.  If an individual feels threatened or unsafe, she can utter the words “Ask Angela” and the bartender is trained to take corrective actions.

The General Assembly established a Sexual Assault Advisory Committee and I have chaired that committee for the past four years. More needs to be done and I look forward to keeping my pragmatic progressive values at the forefront in Richmond. 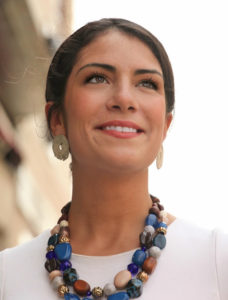 Integrating our regional economy is a top priority of what I hope to achieve in Richmond. Two years ago, I wrote in ARLnow about bringing more people to the table to achieve local policy goals. Our planning processes were insular with people from different areas of the county talking past each other and, rowing in their own directions with blinders on.

For the past year I helped lead “Engage Arlington” with the County Manager’s office and the Civic Federation. This brought together, for the first time ever, civic association leaders from all neighborhoods of the county, business improvement districts, apartment property owners and developers, advocacy groups representing groups like renters and environmentalists, and various government agencies.

Our problem of not working together and thus creating inefficient systems is not just an Arlington problem; it’s a regional problem.I wrote about integrating Arlington into a regional economy. Arlington is only 26 square miles and by virtue of our size, the solutions to everything from housing affordability to public transportation, business competitiveness, and even creation of more efficient recycling facilities, must be addressed with regional solutions.

To have Arlington, Fairfax and Loudoun working in their own silos to try to tackle these regional problems decreases the efficiency that working through state partnerships could help solve. For example, a regional approach to transportation spending efficiencies could be addressed by an improved process between the big picture-driven Council of Governments and the Northern Virginia Transportation Authority, the functional vehicle for transportation funding. With respect to housing affordability, we must regionally increase density and protect renters’ rights, but as we grow be diligent to have adequate infrastructure and schools. I look forward to leading Northern Virginia forward with you and for you — not special interests — to succeed as a region in the global economy.

Merlene is a lifelong Arlingtonian with years of service to the community. She was appointed as an Economic Development Commissioner, has led on the boards of her civic association and the Arlington Civic Federation, and has served as a citizen liaison to the Rosslyn Business Improvement District and various capacities within the Democratic Party.

Sen. Favola serves on Transportation, Rehab and Social Services and Local Government Committees and chairs the Sexual Assault Advisory Committee and the Senate Women’s Healthcare Caucus. She served for 14 years on the Arlington County Board, chairing that body three times; and was recently recognized for her public service from the National Academy of Public Administration.

END_OF_DOCUMENT_TOKEN_TO_BE_REPLACED

More Stories
Sushi Restaurant Kona Grill Appears to Have Rolled Out of RosslynJUST IN: Amazon Has Started Hiring in Arlington