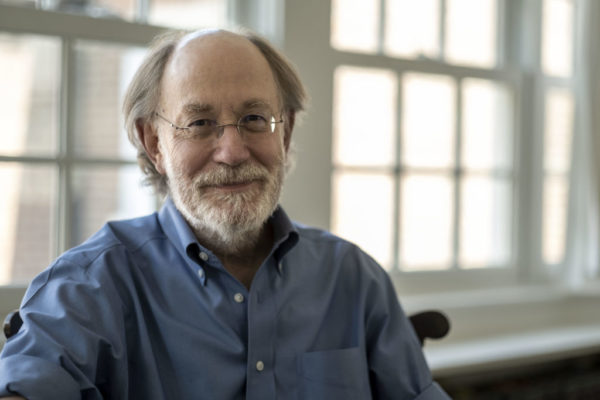 One local attorney and a handful of couples are hoping a lawsuit will force the state of Virginia to remove the vestiges of a Jim Crow law from marriage licenses.

Attorney Victor Glasberg filed a lawsuit in federal court Friday to remove a requirement that all couples seeking to get married in the state list their race on the license. The long-time civil rights attorney argued in the filing that the mandatory question subjects people to the relics of slavery forbidden by the Thirteenth Amendment, and the right to due process enshrined by the Fourteenth Amendment.

“Our conventional racial classification were born in and carried forward in white supremacy. You simply can’t get away from that. It’s a fact of life,” said Glasberg, who has spent the past five years digging into the history behind the requirement he calls a “relic.”

He found that the state is required to collect the racial makeup of couples per the Virginia Racial Integrity Act of 1924, which also makes it a felony for couples to lie about their race on their marriage license application. The architect behind the law was Walter A. Plecker, a eugenicist who led a white supremacist organization and whose death by being run over with a car in 1947 was widely celebrated. 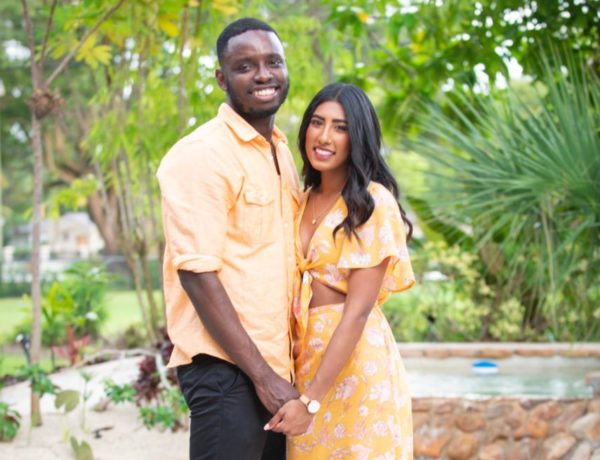 One couple acting as a plaintiff in the lawsuit, Samuel Sarfo and Ashley Ramkishun, said they chose not to go forward with applying for their marriage license after a friend told them about the requirement and they recently saw it for themselves.

“We ended up speaking with two clerks at the office and they both confirmed that that it was a statutory requirement,” Ramkishun, 26, told ARLnow. “They told us if we didn’t want to put down a race we would have to put down ‘Other.'”

Arlington requires applicants to choose from identifying as black, American Indian, Asian, Caucasian, Hispanic, Pacific Islander, or Other on their application.

Sarfo is from Ghana and Ramkishun’s family is from Guyana, though because her ancestors are from western India she identifies as Asian Indian. There are no boxes that fix their ancestry, and Ramiksun said even if there were she wouldn’t want to fill them out.

“Why does the government need to know that information in order for me to marry Sam?” she said.

The two got engaged two years ago after they both worked at the Abercrombie and Fitch in the Pentagon City mall in 2013. Since then, the couple moved to Florida but hoped to get married in Arlington to commemorate where they met, and make travel easier for friends and family still located in the D.C. area.

“If we are the first couple to have changed made for us it’s going to mean everything,” said Sarfo, 34. “It’s something that could go a long way.”

Glasberg said when he married his wife in 1980, the requirement struck him as odd. He said he tried to write down “human”on their marriage license application in Alexandria, but the clerk said, “Yeah you can put it down and you won’t get a license.”

After thinking about it over the years, the attorney said he decided to try to remove the requirement after archives indicate Plecker required people to list race on birth certificates and marriage license to prevent interracial marriage.

In case exhibits, Glasberg included copies of letters that Plecker’s office sent families after the 1922 act passed, warning them that “it is an awful thing” to pass their mixed race children off as white as they were not supposed to be in white schools or allowed to marry white partners.

In one letter, the official said hundreds of black Virginians were registering as Native American on their birth certificates “with the ultimate purpose of passing over and marrying into the white race” but his office was able to catch them by tracing ancestry information with the U.S. Census. In another letter, the eugenicist writes to a Circuit Court judge that it is a “a favorite trick of these mixed breeds” to cross county lines to register as white on birth certificates and marriage licenses.

Plecker ended a 1943 letter with a boast about the racial database his office amassed on Virginia citizens, writing that “Hitler’s genealogical study of the Jews is not more complete.”

The most recent marriage statistics from the Virginia Department of Vital Records office are from 2013.

Copies shared in Glasberg’s case indicate there were 55,148 marriages that year, with 40,948 of them involving brides who reported being white on their license application, 9,702 with brides reporting being black, and 4,498 with brides reporting as a different race or listed in state records as unknown.

A spokesman for Virginia Attorney General Mark Herring told the Washington Post that, “Although it’s not readily apparent why state law requires the collection of this data on the marriage license application, we will examine the complaint closely and carefully to determine how best to proceed.”

Another couple in the suit, Brandyn Churchill and Sophie Rogers — who are both white — applied this week for a marriage license in the Rockbridge Circuit Court, which lists 230 races for people to choose from, including: Aryan, Mestizo, Mulatto, Octoroon, Gypsy, Quadroon, and Jew.

“It is my hope that the state will not defend the claim because I think it’s indefensible,” said Glasberg. “We don’t need this in Virginia. We don’t need Aryans and Octoroons in Virginia in 2019 — if we ever did need them.”

Glasberg took the unusual step of omitting the names of defendants in his lawsuit, instead only listing the titles of Virginia’s State Registrar, and the Circuit Court Clerks of Arlington and Rockbridge, because he wanted to make it clear that he didn’t hold any person today responsible for the law.

“People do what they do because inertia is the single driving force in the history of humankind,” he said.

The long-time civil rights lawyer hopes that the Office of the Attorney General will side with him. Together the two sides could then ask the judge for a consent order declaring the race question unconstitutional without the need for a trial.

The parties are scheduled to meet in court on Friday, October 4 for a hearing with U.S. District Judge Rossie D. Alston, Jr. Glasberg said he hopes the case can be resolved in time for Churchill and Rogers’s October 18 wedding date. Until then, he says he’s still accepting additional plaintiffs.