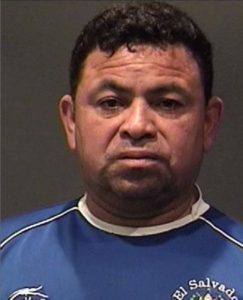 An employee of the county’s parks department has been arrested and charged with touching a girl inappropriately at a local rec center.

Arlington County Police are trying to find possible additional victims of Walter Contreras, a 42-year-old Arlington resident, after police say he followed a girl into a room at the Barcroft Recreation Center and touched her sexually.

The incident happened in late August but was reported to police earlier this week, police said. Contreras has been charged with Aggravated Sexual Battery, a felony punishable by up to 20 years in prison.

On September 10, 2019, Arlington County Police received a late report of a possible sexual assault that occurred at Barcroft Recreation Center, 4200 S. Four Mile Run Drive, in late August. The investigation determined that the suspect, who was working as an Arlington County Parks and Recreation employee at the time of the incident, asked the juvenile female victim to accompany him to one of the rooms inside the recreation center. Once there, the suspect approached the victim from behind and inappropriately touched her.

Anyone with past inappropriate encounters with this suspect or who has additional information related to this investigation is asked to contact Detective J. Echenique of the Arlington County Police Department’s Special Victims Unit at 703-228-4241 or [email protected] Information may also be provided anonymously through the Arlington County Crime Solvers hotline at 1-866-411-TIPS (8477).