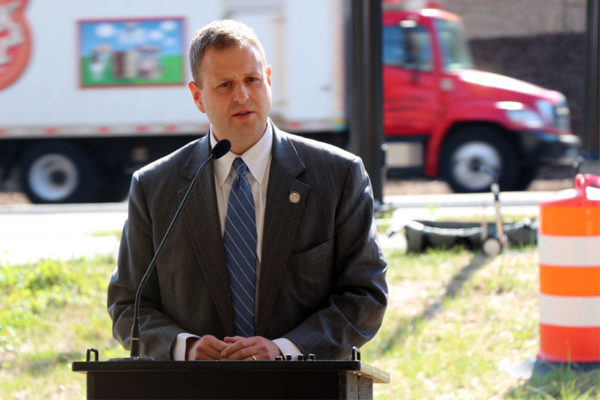 The following op-ed was written by Del. Patrick Hope (D-Arlington).

The Labor Day holiday may have passed but the rights of workers remain at the forefront of my agenda.

When Democrats flip the General Assembly this year, it will be the first progressive legislature in modern history. Democrats will finally be in position to make government work for all Virginians, not just the wealthy few and big corporate donors. While Virginia may be the best state for business, it is the worst state for workers and that needs to change.

At the very top of the progressive agenda is to repeal the so-called “Right-to-Work.” Eradicating this law is both a civil rights issue and a matter of economic justice. Hopefully, it will also be at the top of Governor Ralph Northam’s list, and that of his newly established Commission to Examine Racial Inequity in Virginia Law. This commission is charged with reviewing the Virginia Code and administrative regulations to address the Commonwealth’s remaining policies that promote or enable racial discrimination or inequity. Its report is due to the Governor by November 15th.

A little history: the origins of Virginia’s right-to-work law is based on discrimination. Virginia passed its right-to-work law in 1947 during the tenure of Governor William Tuck, an avowed segregationist and union buster. Right-to-work spread across the south and mid-western states after World War II to block workers of all races from coming together to fight for better wages and benefits.

Dr. Martin Luther King understood the true nature of right-to-work. Dr. King said, “In our glorious fight for civil rights, we must guard against being fooled by false slogans, such as ‘right to work.’ It is a law to rob us of our civil rights and job rights. Its purpose is to destroy labor unions and the freedom of collective bargaining by which unions have improved wages and working conditions of everyone… Wherever these laws have been passed, wages are lower, job opportunities are fewer and there are no civil rights. We do not intend to let them do this to us. We demand this fraud be stopped.”

So why hasn’t this law been repealed sooner? A lot of right-to-work’s staying power has to do with its name, and the support received from the business community and the Republican Party.

Right-to-work may sound positive but it is far from it. People mistakenly think “right-to-work” means “right to a job,” and that they cannot be fired without cause. This is the exact opposite of what it means. Right-to-work prohibits union security agreements between companies and labor unions. It creates an unfair environment where employees cannot be compelled to join a union or pay union dues, but still may receive the benefits and protections of unions if they work in a unionized environment.

The purpose of right-to-work is to starve unions and make it harder for them to be effective advocates for things like: living wages, employer-sponsored family health insurance, vacation and sick leave, and pensions – all things Arlingtonians support. And make no mistake: while right-to-work hurts all workers, this policy has an outsized effect on people of color because they are the segment of the workforce mostly likely seeking to organize and fight for better wages and benefits.

Virginians are not fooled. When Republicans and business groups led an effort in 2016 to enshrine right-to-work in the Virginia Constitution, it was rejected by Virginia voters 54 percent to 46 percent. In Arlington, it was soundly rejected 62.5 percent to 37.5 percent.  When Virginia Democrats take the majority in 2020, it’s time to repeal Right-to-Work and put Virginia workers first.

Op-eds are written by local newsmakers on local topics of interest. The views and opinions expressed in the op-ed are those of the individual and do not necessarily reflect the views of ARLnow.