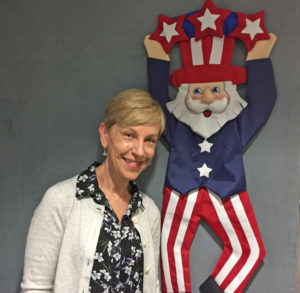 After the elections in November 2018, my friend Judy asked me if Virginia employers are required to give their employees time off to vote. A friend of hers had been dismayed that her employer wouldn’t let her leave early so she could get to the polls. An hourly wage earner, she had tried to vote when the polls first opened, but the long lines would have made her late for work.

Arlington has an enviable voter turnout record–82% in the 2016 presidential election and 71% in 2018–but that conversation made me wonder if our elected officials and governments could be doing more to ensure that every eligible voter can exercise her Constitutional right to vote.

Mandate paid time off to vote?Although some states require that employees receive time off to vote, Virginia is not one of them. This puts some potential voters–often hourly workers who do not have much control over their schedule–at a disadvantage.

During Virginia’s 2019 legislative session, Del. Elizabeth Guzman (D-Dale City) introduced HB 2130, to require that employers give their employees two hours of paid time off to vote. Unfortunately, the bill died in the House Commerce & Labor Sub-Committee with a vote along party lines.

Of course, voters may vote absentee by mail if one of several reasons apply, and in Arlington, in-person absentee voting is available before elections. But this doesn’t help someone like Judy’s friend who had fully intended to vote on Election Day and had her plans stymied.

The number of Arlingtonians voting absentee in recent elections has risen dramatically. In the November 2018 elections, absentee turnout was the highest ever for a non-presidential election with 20,753 ballots cast (8,198 by mail and 12,555 in-person). With legislation passed in 2019 by the General Assembly, Virginians in 2020 will be able for the first time to vote early–from October 24 through October 31–without needing to provide a reason.

Early and by-mail absentee voting will help reduce lines and crowded parking, which sometimes discourage people from voting on Election Day. Gretchen Reinemeyer, Arlington’s new registrar, told me that her office is already working to improve the absentee in-person voting experience in 2020 by moving the voting machines into a bigger space in the County Government building and adding two additional early-voting sites elsewhere.

The population of potential voters in neighborhoods like Crystal City and Pentagon City is booming, with more high-rise apartments coming on the market and Amazon arriving. Reinemeyer pointed out that many young professionals moving into Arlington are harder to reach via traditional communication methods. “We need to change our messaging to younger voters and make sure they know the options in simple language–in-person, by mail or online–choose your own adventure!” she said.

Make it easier to register and vote?

Los Angeles is making dramatic changes that will take effect in March 2020. Los Angeles County is transitioning from polling places to vote centers, which will allow voters to cast a ballot at any vote center in the county over an 11-day period. Same-day registration will be available.

Allowing same-day registration or shifting from precincts to vote centers would require legislation from the Virginia General Assembly. The same is true for “automatic” registration done when citizens get a driver’s license, so that they must opt out if they do not wish to register. Automatic registration leads to cleaner voter registration rolls because it updates existing registrations with current addresses.
The optionof signing up through DMV is available now in Virginia, but it has been a paper-heavy process that has left room for errors.

Virginia did make some changes in years past, including online registration, with a DMV-issued ID, and pre-registration, which allows individuals younger than 18 to register so they are eligible to vote when they turn 18.

Despite what states and localities can change to improve ease of registration and voting, some people still shrug and say their vote doesn’t make a difference, especially in non-presidential elections. But democracy depends on the willingness of every citizen to express an opinion by voting. If you care about climate change or gun control, local development decisions or school achievement gaps, the time to make voting a habit is now. Let’s keep working to make every step of the process even better.

Cheryl Moore, a Westover resident, has been a faithful voter since she turned 18. She has lived in Arlington for 35 years.