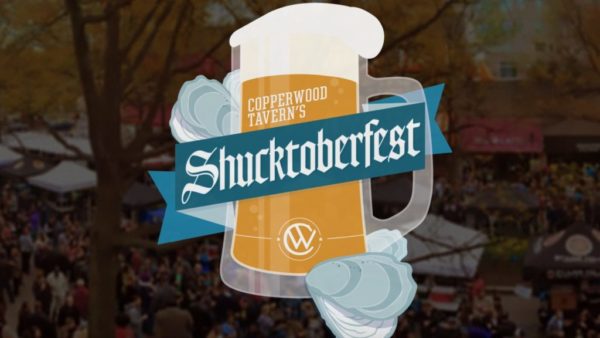 Following a successful debut last year, an oyster-focused Oktoberfest celebration is returning to Shirlington next week.

“Shucktoberfest” will be hosted in and around Copperwood Tavern (4021 Campbell Avenue) on Saturday, October 19 from 11 a.m-5 p.m.

“Last year we underestimated how serious the oyster enthusiasm was going to be, we couldn’t shuck them fast enough,” said a spokeswoman for the event. “So we’ve doubled the number of oysters we’re ordering to 20 to 25 thousand.”

A $35 ticket includes a 5 oz beer tasting mug and 10 tickets. One ticket is redeemable for either one beer sample or two oysters.

In addition to plenty of shellfish, at least twenty merchant and food tents expected as part of the festival.

The event is also dog-friendly and open to families, with a “massive kids zone” planned with face painting and a DJ. Outdoor games include corn hole and Connect Four.

Tickets are available for the event on its website.