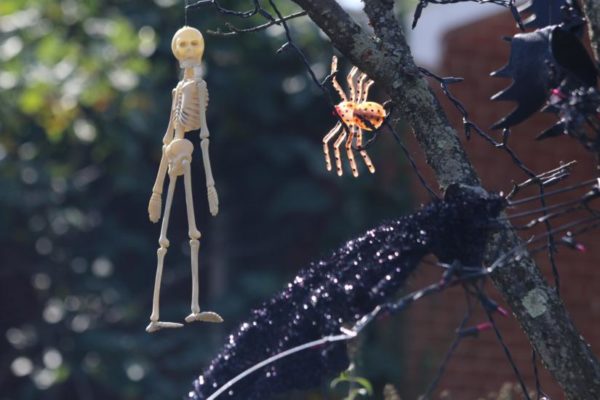 (Updated at 2:30 p.m.) A regional nonprofit for people with disabilities is hosting an accessible Halloween event for families this weekend.

The Arc of Northern Virginia is hosting its annual “Arctoberfest” this Saturday, October 26, with a range of activities including a haunted house, graveyard, a costume contest, and a DJ, designed for people with and without disabilities.

The indoor haunted house will be the event’s main attraction, with surprises hidden in the fog for the adventurous wanderer. The event’s organizers also wrote in a press release that people can tour an indoor graveyard to “raise your ‘spirits.'”

“New to Arctoberfest this year, the first hour of the event will be presented as ‘sensory-friendly’,” organizers also noted. “This will afford those for whom loud sounds, flashing lights, and other high-stimulus elements are a concern with the opportunity to participate.”

The Falls Church-based advocacy organization operates across Northern Virginia and has long pushed officials to address the high unemployment rates facing people with disabilities, among other issues.

Arctoberfest will also include a prize-filled costume contest, a photo booth, as well as snacks and a cash bar with alcoholic drinks for drinks with an “Arctoberfest Punch” for underage attendees.

Tickets cost $25 per person and can be purchased online.