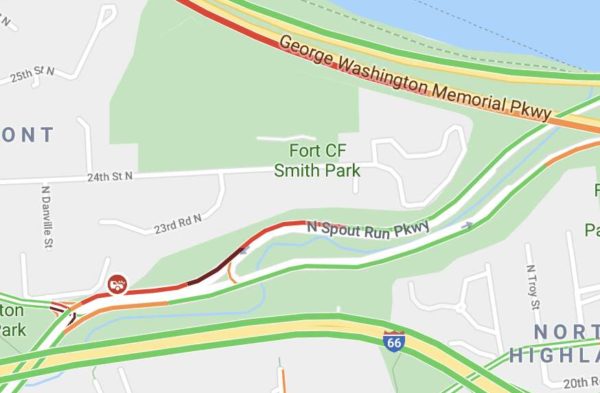 A woman has been injured after striking a deer along Spout Run Parkway tonight.

The crash happened between the GW Parkway and Lorcom Lane, during a foggy evening commute.

Initial reports suggest the woman was bleeding profusely from the face after the force of the impact shattered the car’s windshield. The deer was found dead nearby.