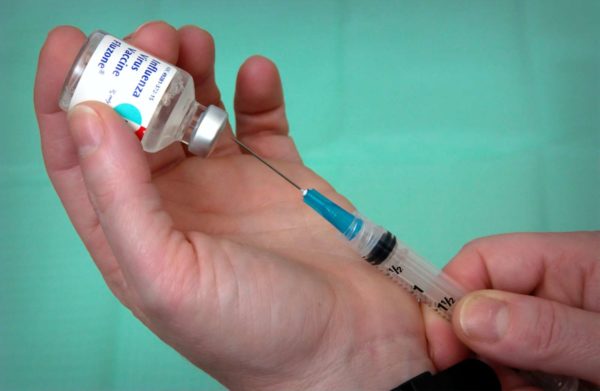 The following Letter to the Editor was written by long-time Arlington resident John Seymour.

In a video panel discussion held this week with local Democratic leaders, several Northern Virginia members of the General Assembly were asked to select the piece of legislation passed this session of which they were most proud.

Del. Patrick Hope (D), six-term House of Delegates member representing much of Arlington County, did not choose one of the Democrats’ marquee accomplishments — expansion of voting rights, gun control measures, increased transportation funding, raise in the minimum wage, or even a Clean Energy Act which signaled a transformation in the energy sector. Instead, Delegate Hope picked a little known — but now seemingly prescient — bill intended solely to increase Virginia immunization rates.

Championed by Delegate Hope for years, the bill’s final vote was a close thing. In a deeply divided House and Senate, the bill passed on party lines with razor thin margins. One Republican Senator, a physician representing Henrico County, broke party ranks and voted for the bill. She reminded her GOP colleagues that “this is the 21st Century” and that the proposed legislation simply represented what the Commonwealth should be doing to protect its citizens from communicable diseases.

Delegate Hope echoed that conviction and also expressed his belief that the bill will expedite responses to the current coronavirus crisis and future pandemics, when and if vaccines become available. The bill is on the Governor Northam’s desk awaiting signature.

In earlier times, when our nation’s citizens displayed higher levels of trust in science and professional health expertise, the bill would have been viewed as unremarkable and commonsense. In a very few lines of text, the bill simply elevates science over politics. It gives the Virginia Department of Health the authority to align Virginia’s school immunization schedule with the recommendations of the U.S. Centers for Disease Control and Prevention — the nation’s preeminent health authority.

Under current law, in contrast, only illnesses identified and recommended by non-physicians– the Assembly itself — can be added to the Department of Health schedule. Unsurprisingly, no disease has been added since 2008. Republicans controlling both Houses blocked periodic efforts to add vaccines recommended by the CDC.

The immediate effect of the bill is to add several additional vaccinations — for rotavirus, hepatitis A, meningitis, and human papillomavirus (HPV) — to the Commonwealth’s vaccination schedule. Its long-term import is to introduce an evidence-based and scientifically rigorous process, free of partisan wrangling, for amending Virginia’s immunization schedule to address existing as well as new and emerging public health threats.

Although health groups overwhelmingly supported the bill, opposition to the bill was fierce. The bill was opposed by such groups as the National Vaccine Information Center, an organization criticized by national and international health organizations as a leading source of false and inflammatory anti-vaccine propaganda.

Even the famously belligerent National Rifle Association, Delegate Hope cautioned, “has nothing on” the NVIC and other anti-vaxxers when it comes to fear-mongering and disinformation. A recent investigative report in the Washington Post debunked the supposedly educational and charitable “national grass-roots” nature of the NVIC, documenting that much of its funding derived from a single source — an osteopath who had amassed a fortune selling natural products as alternatives to vaccines.

Other reports have shown that the vast majority of Facebook advertisements spreading misinformation about vaccines is funded by two well-known anti-vaccination activists (the World Mercury Project and Stop Mandatory Vaccinations).

The Democrats’ hard-fought and narrowly won victory represents a welcome and long-delayed return to science-based health policy in the Commonwealth. Despite the overwhelming scientific consensus extolling the benefits of immunization, the World Health Organization recently identified “vaccine hesitancy” as one of the top 10 global health crises today. According to the WHO, vaccines presently prevent 2-3 million deaths a year and a further 1.5 million could be avoided if global coverage of vaccines is improved.

For immunization to work, however, the number of immunized persons must attain and maintain a threshold sufficient to establish a community immunity. Very simply, we immunize to protect ourselves and the community as a whole. Populist and libertarian voices continue to sow seeds of anti-scientific enmity, however, and political leaders such as Senator Rand Paul continue to oppose mandatory vaccinations as threats to personal freedom. As Senator Paul’s recent diagnosis with the coronavirus reveals, however, after-the-fact measures to outbreaks such as quarantines are seldom effective at protecting public health.

We all live in a community, after all. When we free ourselves from the ordinary bonds of fellowship and our responsibilities to one another, our freedom may come only at an extraordinary cost to others.

Photo by CDC on Unsplash