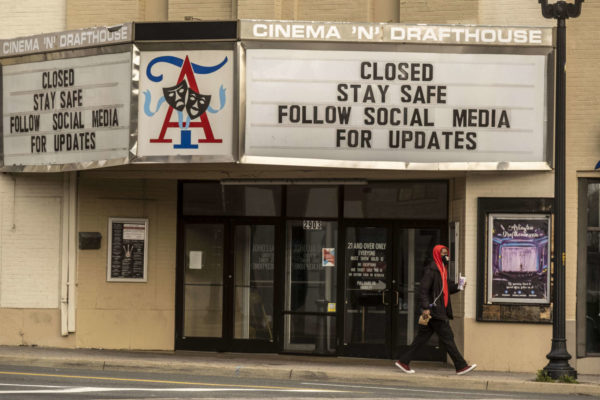 While the human toll of the COVID-19 outbreak becomes shockingly apparent, particularly in New York, the shutdown to slow the disease is also having widespread economic impacts.

Nationwide, the Department of Labor reported 3.28 million new unemployment claims, smashing the previous record. There were a total of 102,240 new claims in Virginia, D.C. and Maryland.

While Congress works to approve a $2 trillion relief package today, more and more people are being laid off. Locally, that includes the employees of many local restaurants and other retail-oriented businesses; last night, the group behind local stalwarts Liberty Tavern, Northside Social and Lyon Hall announced that most of its employees had been laid off and funds established to support them.

The Labor Department does not break down its data to the city or county level, but we were hoping to get a sense for where Arlington stands via this morning’s poll. Assuming you were working from the outset of the outbreak, which of the following applies to you?