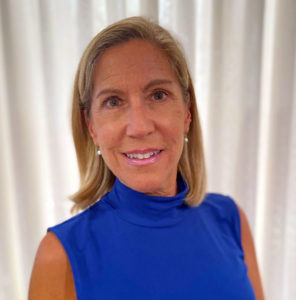 On February 27, the Centers for Disease Control (CDC) reported that there were 16 COVID-19 cases in the United States.

That same day, the Arlington Public Schools (APS) interim Superintendent presented her proposed FY 2021 budget, with total expenditures of $725.9 million. That reflected an 8.4% increase in expenditures over the current year, added 265 positions, and increased per pupil spending from $19,921 to $21,290. It included a step increase and cost of living adjustment for employees. Revenue was estimated at $698.4 million, with options presented for spending reductions to reduce the $27.5 million budget deficit.

In March, schools were closed, non-essential businesses shuttered, and stay-at-home orders were issued for most of the nation. By April 23, the number of reported COVID-19 cases in the United States had increased to 865,585.

When the School Board met on April 23, the economic impact of COVID-19 was evident in the proposed budget it adopted. Following the revised recommendation of the interim Superintendent, expenditures proposed in February were cut by $54.8 million — a 7.5% reduction in spending.

The School Board’s proposed budget is balanced, with expenditures matching the revised revenue estimate of $671.1 million.  Most of the change in revenue results from a decrease in the transfer that APS will receive from Arlington County: $21.6 million less in ongoing funds and $3.7 million less in one-time funds. That is based on the County Manager’s revised budget, which estimates $55.7 million less County revenue than was included in his initial proposed budget.

The new budget reality means that APS will spend next fiscal year about the same that it does this year, while educating more students, and facing other increased costs. As detailed in the interim Superintendent’s revised budget, FY 2021 expenditures will increase by about $1.5 million. That does not cover the $11.77 million estimated cost of enrollment growth, which is projected to increase by 4%, adding more than 1,100 students next year.

In the new budget reality, most of the proposed increases in the February proposed budget are eliminated and its reductions are retained, including cutting the Foreign Language in Elementary School program.

The compensation increase costing $15.3 million is eliminated. According to the Washington Area Boards of Education (WABE) Guide, which compares 10 local school divisions, Arlington ranks at the bottom of the 10 school divisions in salary for a teacher with a master’s degree at step one of the pay scale, and at or near the top for teachers with more experience. Because employing quality teachers is a key factor in student success, Arlington’s ranking for new teacher pay is cause for concern.

Class size is increased by one at every grade level, for a savings of $4.9 million. The WABE Guide shows that Arlington now has the lowest class size (students per classroom teacher) for high school, second lowest for middle school, and is in the middle of the pack for elementary school.

To balance the budget, reserved funds are used, reducing these from a current balance of $28.5 million to $12.1 million.

The School Board’s final FY 2021 budget, to be adopted on May 7, likely will be very similar to its proposed budget. If revenues come in higher than now projected, the School Board should first replenish its reserve funds.

It is hard to find a budgetary silver lining in any of this. But maybe it is this. Arlington’s commitment to quality public education continues. APS now spends the most per pupil in the region, at $19,921. Even with the new budget reality that reduces per pupil spending to $19,624, that is more than our neighboring jurisdictions invest now.

Abby Raphael served on the Arlington School Board from 2008-2015, including two terms as Chair. She also led the Washington Area Boards of Education for two years. Currently she co-chairs the Project Peace Prevention Committee and Destination 2027 Steering Committee, is a member of the Board of the Arlington YMCA, and works with the Community Progress Network and Second Chance.