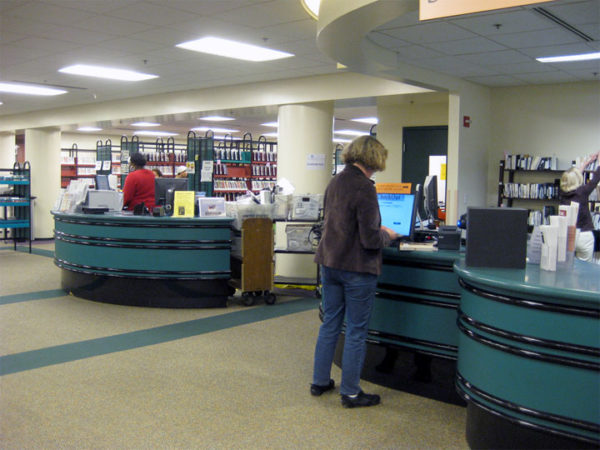 With everything else that’s going on, Arlingtonians won’t have to worry about racking up late fees at the Arlington Public Library.

“On July 1, Arlington Public Library eliminated overdue library fines to make the library‘s collections more accessible to all Arlingtonians,” Arlington County said in a news release. “The goal is to increase access and minimize barriers for marginalized populations to use the library, particularly for youth and low-income patrons, which data shows are disproportionately impacted by overdue fines and stop using the library as a result.”

The move by the Arlington Public Library follows a similar policy implemented in D.C., and part of a growing nationwide trend. In January 2019, the American Library Association passed a resolution condemning the use of late fees as creating an unnecessary economic barrier.

“This permanent change will make the library more accessible to all,” said Arlington County Board Chair Libby Garvey. “It has been shown that library fines mostly fall on young people whose families cannot afford library fines. And that results in making the library less accessible to families with lower incomes, which is the exact opposite result that we want. I’m delighted that we are adopting this new policy.”

The news release noted that the elimination of fines will have an impact on the library budget, but penalties for losing library materials will remain.

The elimination of fines will reduce the Library fine budget by an expected $155,000 in anticipated revenue to $10,000 in FY 2021. The $10,000 remains in the budget due to the continuation of replacement fees for lost items.

Under this new policy, any patron with a balance over $15 cannot borrow, renew, place holds on materials, or log in to premium sites, such as Consumer Reports. This would only impact patrons who are charged for losing or failing to return items to the library, since overdue fines are eliminated.

Patrons still need to pay their existing fines accrued prior to July 1, 2020.

“Every member of our community has a right to library services and library fines and fees are known barriers to use,” said Diane Kresh, Director of Arlington Public Library. “We are pleased that we can eliminate these long-standing barriers and continue our mission to reach everyone regardless of their socioeconomic background.”