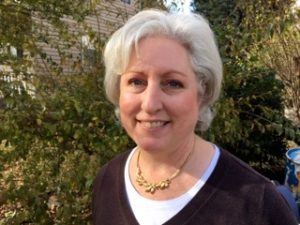 APS has again embarked on an elementary boundary process that dismisses student demographics, one of the six guiding principles in APS’ boundary policy. This isn’t surprising. But it is disheartening that APS’ new Chief Diversity, Equity, and Inclusion Officer (CDEIO), Arron Gregory, supports APS’ approach.

Mr. Gregory explains that “diversity” comes from our differences in culture, heritage, and upbringing. At the same time, he states that we need to shift our focus from the free- and reduced- lunch (FRL) aspect of diversity to the programs and services APS offers because “free- and reduced lunch is not going to create diversity within our schools,” that we can have diversity in any school because it is “about our thought process (and) cognitive diversity.”

Mr. Gregory reasserts Arlington’s long-standing “separate but equal” approach – or in today’s parlance, “separate but equitable.” There is just one problem with Mr. Gregory’s argument: the FRL aspect is precisely what produces the “cognitive diversity” he wants to focus on.

Like it or not, economic status is highly correlated with race in our society and in Arlington. It is the economic part of diversity that is critical to achieving the equity Mr. Gregory and APS profess is at the forefront of their decision-making. Since race legally cannot be used as criteria in designating school boundaries, FRL is our primary measure of diversity and is the logical and practical aspect on which to focus.

He is right that boundaries are but one in a series of steps toward equity. The problem is, APS is not actually using the boundary process to affect equity in our schools. Ignoring student demographics, or FRL eligibility, is misguided for several reasons:

Been there done that

Arlington has maintained a district of high- and low-FRL schools for decades, focusing on programs and services. My children attended one of Arlington’s highest FRL elementary schools and now attend high-FRL middle and high schools. I can attest to the high quality teaching that goes on in these schools and have seen the valuable extra resources and supports that these schools provide. Yet achievement and opportunity gaps persist. Vast disparities in the academic and social enrichment PTAs are able to provide remain. Those high-FRL schools continue to be disparaged and avoided by many in our community.

APS overlooks the significance of the fact that its mid-range FRL schools are highly desired and praised for both their diversity and performance. Some of those schools are option programs. It should say something that so many in our system are seeking the diversity as well as the academics these schools offer.

APS acknowledges various student groups and communities have different needs, but insists that all Arlington schools are equally good and those differences don’t matter. Yet, they do matter. A lot. Those differences motivate parents to buy homes in certain school zones and not in others. Those differences drive others to seek alternatives to their neighborhood schools. Those differences perpetuate the social divides in our greater community. When every school has comparable academic outcomes and families do not actively avoid any particular school – whether by deliberately moving out of its zone, opting into an option program, homeschooling, or paying private school tuition rather than enroll their children in what they deem an inadequate or undesirable neighborhood school – that will indicate equity.

APS’ dismissal of the importance of student demographics conflicts with decades of social science research. From Coleman in 1966 to The Century Foundation’s modern day study of Montgomery County Public Schools (“Housing Policy is School Policy” by Heather Schwartz), socioeconomically diverse learning environments have been shown to have greater impact on student achievement than other measures such as additional resources, smaller class sizes, extra teacher training, and targeted curriculum programs combined.

Coleman concluded that the two most important factors affecting student performance are their family’s educational background and the socioeconomic make-up of their school. The Montgomery County study in particular found that benefits from economic integration were greatest for those attending schools with less than 20% FRL eligibility. While benefits continued to be seen in schools up to 30% FRL, those same impacts were not observed in schools with higher FRL percentages.

In another study, Rucker Johnson tracked black children in desegregation efforts in the 1960s through 1980s and found that school integration was associated with a variety of positive outcomes including higher earnings as adults, better health, and a lower likelihood of being incarcerated.

In fact, socioeconomically diverse learning environments have been shown to benefit all students regardless of background. Employers value leadership, problem-solving, critical thinking, and communication skills. They want and need employees able to relate to and work with diverse colleagues and customers. Socioeconomic diversity has been shown to help develop these skills and abilities in all students. Exposure to different life experiences and perspectives develops empathy and understanding. It facilitates the ability to see a problem or situation from different points of view, improving analytical and problem-solving skills. Students learn how to work and communicate with people different from themselves. Being comfortable with people of other races significantly decreases stereotypes and prejudicial attitudes.

Coincidentally, it can be more cost-effective to integrate schools than to concentrate more resources in high-poverty schools. According to The Century Foundation, it is estimated that reducing socioeconomic segregation in schools by half would produce a return on investment of 3-5 times the cost of the programs.

APS’ measures of success essentially end with high school graduation rates. College acceptance and attendance rates might be looked at when known. But completion rates – whether two-year, four-year, or post-graduate – are unknown.

While college is not the path for every student regardless of race or economic background, the issue at hand is equity: having the option and the tools to be successful. APS does acknowledge student differences and engages in efforts to encourage minority students in particular to think about college. Counselors help with academic planning geared toward post-secondary education, provide information about college programs and help with college and scholarship applications and financial aid information.

But these efforts do not fully prepare students for the college experience, especially the four-year on-campus college experience. Why do many low-income students, particularly Latino students, quit after their first or second semester? Money? Yes. But money isn’t the only obstacle.

A primary factor is the lack of exposure to a “college-going environment” prior to high school graduation. Low-income students in high poverty schools are not surrounded by classmates talking about college or aspirational careers requiring advanced degrees. They do not have the social connections their more affluent peers in low-poverty schools have as they seek admission to schools or key internships and job opportunities.

First-generation college students’ families do not have knowledge of the college process or experience of college life to draw upon for support as they transition to the college environment and expectations. Familial obligations and a sense of taking much-needed resources away from their family to pay for college also weigh on students. Even when tuition is paid for, students still must find the resources for food, housing, textbooks and supplies.

Socially, it is difficult to connect with classmates of other backgrounds who do not share common or familiar life experiences. With limited financial means, it is difficult to join friends for a movie or other entertainment or to share in their conversations about life experiences they can’t relate to. All of this contributes to a sense of not belonging, a lack of confidence, or feeling unprepared for the academic or social demands of college. (See resources listed below)

Attending homogenous schools simply does not socially prepare students of any background for the diversity they will encounter in the college setting or in the global workplace. “Children are at risk of developing stereotypes about racial groups if they live in and are educated in racially isolated settings.” They are not exposed to the real diversity of the world they will likely live and work in. As Coleman contended almost 55 years ago, children need to attend schools with classmates from different socioeconomic backgrounds.

It is a gross understatement for me to say that I find APS’ unwillingness to address student demographics in schools – and its new CDEIO’s justification – disappointing. There are indeed many steps toward building equity. A self-proclaimed progressive community like Arlington should be able to agree that segregation is not one of them. Diversity, however, is; and one would expect a highly-educated, wealthy, progressive community such as Arlington to be more adamant about inclusion and equal opportunity. In fact, amid today’s social unrest around systemic racism and racial injustice, one would expect such a community to insist upon it.

Instead, here we go again.

Maura McMahon is the mother of two children in Arlington Public Schools. An Arlington resident since 2001, McMahon has been active in a range of County and school issues. She has served on the Thomas Jefferson, South Arlington, and Career Center working groups and is the former president of the Arlington County Council of PTAs.

END_OF_DOCUMENT_TOKEN_TO_BE_REPLACED

More Stories
Arlington Cemetery Station Work to Prompt Commute Changes Next YearKinder Haus Toys in Clarendon is Getting By, With Community Support